This star-studded drama about the political movement to pass the Equal Rights Amendment and the conservative backlash led by Phyllis Schlafly (Cate Blanchett) in 1970s USA concludes.

In the presidential election year 1979, Congress grants a three-year extension on the deadline for the signing of the Equal Rights Amendment.

Phyllis presides over a political fundraiser where she is courted for her support, while Bella is fired by US President Jimmy Carter.

The semi-finals conclude with the last six chefs facing a challenge set by one of Britain’s most popular chefs, Aldo Zilli.

This semi-final is then followed at 8.30pm by the final. After five weeks of gruelling challenges, of the twenty celebrities who began the run, only three will remain.

The finalists must cook and present a faultless three-course meal for the ultimate judgement by John Torode and Gregg Wallace (below).

It’s their last chance to prove they have what it takes, by showing true passion and creativity with their dishes, and only one can be crowned Celebrity MasterChef champion 2020. 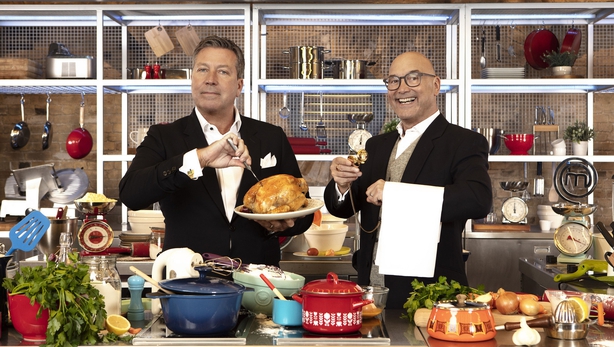 The critics and experts of The Directors examine the career of the late British director Nicolas Roeg, perhaps best known for the seminal psychological horror Don’t Look Now.

He was also the one at the helm of sci-fi drama The Man Who Fell to Earth starring David Bowie, and the 1990 adaptation of the Roald Dahl children’s story The Witches.

Marc Warren steps into the shoes of Barry Foster to take on the role of Dutch detective Van der Valk in this reboot of the Amsterdam-based, 1970s’ crime drama.

Two seemingly unrelated men are found murdered in different parts of the city on the same day. Are the deaths connected, and if so, could there be a link to the disappearance of a student activist? Commissaris Van der Valk must uncover the truth while also dealing with an over-eager rookie cop joining his tight-knit team. Maimie McCoy, Luke Allen-Gale and Elliot Barnes Worrell co-star.

Evanne Ní Chuilinn and Peter Collins (below) look at the impact the Olympic and Paralympic postponement has had on athletes, coaches and organisers.

Those involved reveal how they are affected on a sporting and personal level, and how they have redrawn their plans for the coming 12 months. 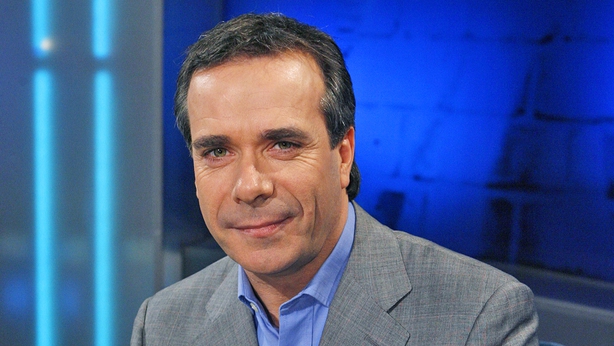 The Forgotten Frontline, 9.00pm, BBC One

Panorama follows the unfolding tragedy in care homes as they struggle to protect residents against the killer virus.

Over several months, cameras were allowed into two very different care homes, revealing the dedication of care staff, the frustration of managers and the heartache as more and more lives were lost.

Dick and Angel Strawbridge use the handiwork and design skills with which they have renovated their French chateau to give viewers ideas on fixing up their own homes.

In the first show, Angel helps Miriam transform her 1970s bathroom into a relaxing sanctuary - without changing either the suite or the tiles - and Dick digs out his old handmade smoker to help teach Phil the ancient art of cheese smoking.

The couple also advise Tom and Sim how to bring their unique front door into the 21st century.

Part one of two. An account of the revolution in modern genetic science, featuring the stories of patients with rare diseases and the researchers racing to identify and treat them.

Chef Tom Kerridge shares his passion for the delights of cooking outside. He shows ways to get away from the normal barbecue fare and how to create delicious meals.

In the season four finale of this time-tripping drama starring Caitriona Balfe and Maria Doyle Kennedy, Jamie, Claire and Young Ian's attempt to rescue Roger from his Mohawk captors goes awry when a ghost from Claire's past lays waste to their plan.