Jim Carrey has opened up about his relationship with his former fiancée Renée Zellweger, saying she was "very special" to him.

The 58-year-old actor, who dated the 51-year-old star for a year after meeting while filming Me, Myself & Irene, revealed that Zellweger holds a noteable place in his heart. 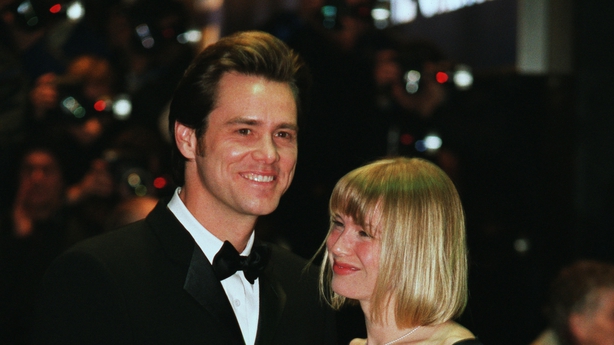 During an interview with Howard Stern on Sirius XM, the Oscar winner who has been promoting his satirical biography Memoirs and Misinformation, was asked by Stern about describing Zellweger as the "great love of my life" in the book.

"That's true and she was special to me, very special. I think she’s lovely."

Carrey also spoke about his relationship with singer Linda Ronstadt, insisting he looks back fondly on the relationship.

"I don't regret, I don’t have those things. But I do appreciate the people that have come through my life for the good that they gave me and that’s why Linda Ronstadt has a special place in the book.

"It may have seemed like some 'boy toy’ situation to some people looking at it from the outside but she treated me with incredible respect and loved my talent and respected my talent."

Carrey added: "I don't pine for anybody, it’s not that kind of situation. It’s just my way of saying 'There was a very important thing there’ and to recognise that."