Stars of the musical comedy-drama series Glee have paid tribute to their late friend and colleague Naya Rivera following her drowning in a California lake.

The 33-year-old disappeared while on a boating trip with her four-year-old son Josey Hollis Dorsey at California's Lake Piru last Wednesday. The boy was found asleep and wearing a life jacket on the boat, with his mother nowhere to be seen. The child told authorities that they went swimming and his mother never got back on the boat.

Rivera's body was recovered from the lake on Monday. Members of the cast of Glee had gathered at Lake Piru while the recovery operation was taking place.

During a press conference on Monday to announce Rivera's death, the authorities said that they are working with the assumption that the boat drifted away in the lake's current. The police also believe that Rivera used all of her energy to put her son back in the boat and she didn't have enough energy to save herself.

The news conference has concluded. Sheriff Ayub has confirmed the body recovered at Lake Piru today was Naya Rivera. Our hearts go out to her family, friends and fans during this difficult time. An autopsy will be performed to determine the cause of her death.

Rivera played Santana Lopez on Glee from its pilot episode in 2009 until the series ended in 2015.

Paying tribute, co-star Chris Colfer, who played Kurt Hummel on the show, described her as "one of a kind".

"Her brilliance and humor were unmatched," Colfer wrote on Instagram. "Her beauty and talent were otherworldly. She spoke truth to power with poise and fearlessness. She could turn a bad day into a great day with a single remark. She inspired and uplifted people without even trying."

Alex Newell, who played Unique Adams, remembered Rivera's "power, brilliance and honesty" as a performer and that she was "a light as a person".

Jenna Ushkowitz, who played Tina Cohen-Chang, said Rivera "shined on stage and screen and radiated with love behind closed doors".

Writing on Twitter, Jane Lynch, who starred as Sue Sylvester, wrote: "Rest sweet, Naya. What a force you were."

Rest sweet, Naya. What a force you were. Love and peace to your family.

Becca Tobin, who played Kitty Wilde, said on Instagram: "Naya was insanely talented, breathtakingly gorgeous, and one of the wittiest people I've ever met, but the legacy she left behind for me is her kindness."

"She was a superstar who had nothing to gain from being kind to the new girl, but she was and that changed this new girl's entire experience on that show," Tobin continued. "I will forever be grateful to that beautiful human. My heart goes out to her family and her sweet boy."

Here are some more tributes from the Glee cast:

My Naya, my Snixxx, my Bee. I legitimately can not imagine this world without you. pic.twitter.com/qX9t1Uhx01

Thank you for what you gave the world. I love you. pic.twitter.com/CFNmwgtSva

I only got to meet #NayaRivera a few times, but each time she looked me right in the eye, was fully present and laughed whole-heartedly. I adored her. I'm heartbroken for her family. Let’s all send them love. ❤️ pic.twitter.com/WHyson17el

Naya Rivera was truly a light and showed us all how to be unapologetically ourselves. We send our most heartfelt condolences to her family, friends, and fans in this difficult time. Rest in peace, #NayaRivera pic.twitter.com/jmkJRFXMKs

"Naya Rivera was a fierce talent with so much more to do this is such a terrible tragedy. We are forever grateful for the indelible contribution she made to GLEE, from the first episode to the last." (1/2) pic.twitter.com/Enq77UmNly

This is an absolute nightmare. I had the pleasure of having dinner with her once after a recording session we did together and she was an absolute sweetheart. My heart goes out to her family and friends. I hope I'm lucky enough to meet you up in heaven. Rest In Peace Naya Rivera 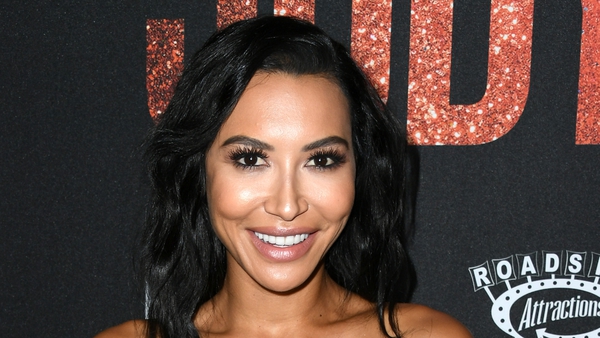