The search for former Glee star Naya Rivera has been changed to a recovery operation as rescue personnel presume that the actress has drowned.

Rivera went missing on a boating trip on Lake Piru in California on Wednesday. Operators of the boat rental company recovered the boat she had rented with only her 4-year-old son on board.

The Ventura County Sheriff's Department has now shifted the incident to a search and recovery operation.

Speaking at a press conference at Lake Piru Ventura County Sheriff Deputy Chris Dyer said: "We are presuming that an accident happened and we are presuming that she drowned in the lake. The goal is still to bring Ms Rivera home to her family so they can have some closure."

Rivera rented a boat with her son, Josey Hollis Dorsey, on Wednesday at approximately 1pm local time. About three hours later, an employee at the boat rental company noted that the boat was overdue and went to look for her. He found the boat on the north side of the lake. The young boy was in the boat, apparently asleep, and Rivera was missing.

Rivera's son is in good health and with family, police have said. He told officers his mother put him back on the boat but never got back on herself.

At a later press briefing, Sergeant Kevin Donoghue said:  We're putting our best foot forward to try and locate her, we're using all the assets that are available to us, we're using technology like sonar."

Sgt Donoghue said experts involved in the search know the lake "inside and out," adding: "We're relying on their expertise to help us in that endeavour. We're going to do everything that we can to find her."

Well-known faces from the world of entertainment, including some of Rivera's Glee co-stars, have been calling for people to pray for the actress:

Heather Morris, wrote in her Instagram story: "We need all the prayers we can get to bring our Naya back home to us. We need your love and light."

Jackée Harry, who appeared in the sitcom The Royal Family, posted a clip of her acting alongside Rivera.

Prayers up for the lovely Naya Rivera. 🙏🙏

We starred alongside one another in her first very television series, The Royal Family, and I've watched her career blossom ever since. Please God, don’t cut this life short. pic.twitter.com/8fRDuuh3oK

love and hug on the people you can, while you can. I love you. Everyone please send out your prayers. 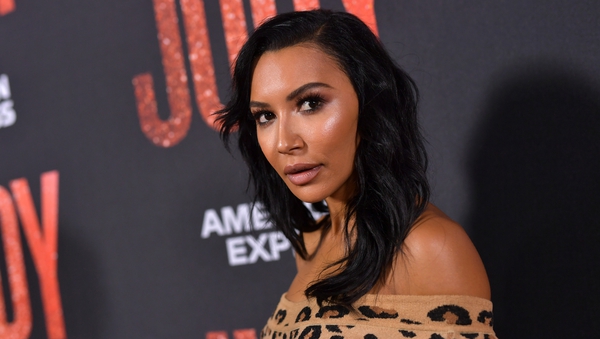