Chris O'Dowd is back with Get Shorty, The Directors looks at Ridley Scott, US procedural FBI returns for a second run, and it's bye-bye to Alan Bennett's Talking Heads and Other Voices...

We pick up the story two years after the events of the season two finale, with Miles now having served his sentence in prison after having his production credits for Wylderness taken away from him.

He's heading into his new, fresh life in the open with a clean slate and all the joys of revenge in his heart. Meanwhile, Rick’s unique love story with Amara (the marvellous Lidia Porto) continues as they relocate to Guatemala.

Worth watching just to witness Chris O'Dowd's chilling ability to go from comic guy to cold-blooded killer in the blink of an eye.

The team examines the career of English filmmaker Ridley Scott (below), who had his first commercial breakthrough with the 1979 sci-fi horror Alien.

He then went to create further iconic moments in films such as Hannibal, Blade Runner, the Oscar-winning Gladiator, and the classic road adventure Thelma & Louise. 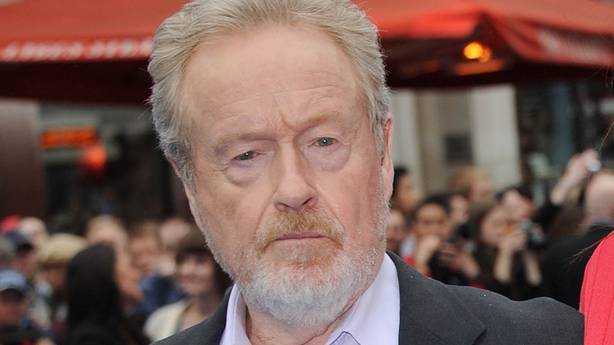 The explosive New York-based crime procedural returns for its second season, as agents OA and Maggie take on a fresh batch of anti-terror cases.

After a bomb detonates at a restaurant in Queens, the case becomes personal for OA, who grew up eating there.

But what initially seems like a terrorist attack reveals itself to be more complex, and OA goes undercover to prevent another incident.

A profile of the American film critic, looking at her battle to achieve success and influence the 20th-century movie business.

Season two of the comedy drama about a family with a learning-disabled daughter, starring David Tennant, Jessica Hynes and Miley Locke.

Rosie starts to say `mama', raising hopes that her communication will finally take off.

Emily feels totally outshone by Rosie's amazing schoolteacher and concentrates on developing her daughter's sign-language, while Simon worries that the other parents of special needs children look down on him.

Things come to a head at the school sports day.

Michael returns to Earth to give Eleanor, Chidi, Tahani and Jason a little nudge in the right direction when their initial attempts to become better people falter.

Vizier and the Immortals rule over modern Istanbul, Hakan travels to the past to stop a war, and Zeynep undergoes a powerful transformation.

She plays Lorna, who visits the spot where Clifford’s motorbike crashed, hoping for some closure. But one day she finds someone else has left some flowers on the shrine.

The death of Tess's father results in her family being forced out of their house, and she again finds herself at the mercy of Alec, who offers the Durbeyfields a home and support.

Angel returns from Brazil and tracks down his wife, but his visit drives Tess to despair, and she lashes out at her benefactor Alec before spending one last night with Angel.