Lucy Hale broke down in tears as she opened up about her TV series Katy Keene being axed after just one season.

The 31-year-old actress, who played the lead character in the Riverdale spin-off series, took to IGTV in an emotional video.

"I have struggled all day with what I wanted to say about this or if I shouldn't say anything or… nothing felt right," she said.

"Truly, one of the highlights of my life. Just such a joy from top to bottom," she continued. 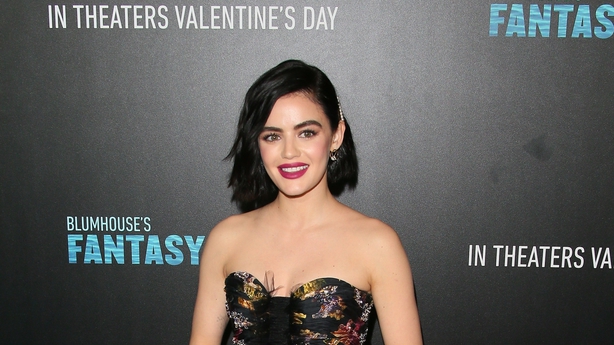 The Pretty Little Liars star said that it will "take some time to get over" and admits its "heartbreaking" every time a show gets written off.

"It’s happened a few times to me and each time it’s just heartbreaking."

"It’s a job that has broken my heart numerous times. This is a bad one, it’ll take some time to get over but that’s not why I’m making this video," she said.

"Mainly I wanted to make this video so you could hear it straight from me so nothing is misconstrued. Long story short I am just grateful, I'm grateful for the role of a lifetime, what a blast."

Hale admitted she was "confused" as to why Katy Keene wasn't given the green light for another season and says while the decision "sucks" she is determined to "hold my head high".

"I'm so proud of what we made. I do believe it’s timeless. I think sometimes things just don’t work out and maybe it was just not the right time for it. I don’t know, I’m a little confused."

"I just wanted you all to hear that the show’s not coming back and that sucks but I’ll hold my head high. And who knows what I’ll do next," she added.