RTÉ's George Hamilton has found a way to broadcast from home for his soccer commentaries and his weekend RTÉ lyric fm programmes too. "Our technical people have risen to the challenge, turning my computer into a virtual radio station,"  he says.

"So what has changed since March 10, the Tuesday night I did my last live game before lockdown?   Paradoxically, it's not the battening down of the hatches that has upended everyday life for so, so many people.

"In my case, it hasn’t been a retreat into a cocoon. If I’m the duck gliding on the surface when I’m in the commentary box, the furious paddling under water that was the preparation for every broadcast is still going on much as before.

"It’s the same desk in my little study, and the same laptop keeping me in touch with the outside world. The difference has been that instead of heading for the event, the event has come to me.

"Well, ‘event’ is maybe overstating it. With sport, too, in lockdown, it’s been events in the past tense, events that have needed a voice-over before they take their place in the great march down memory lane that has been broadcast sport over recent months." 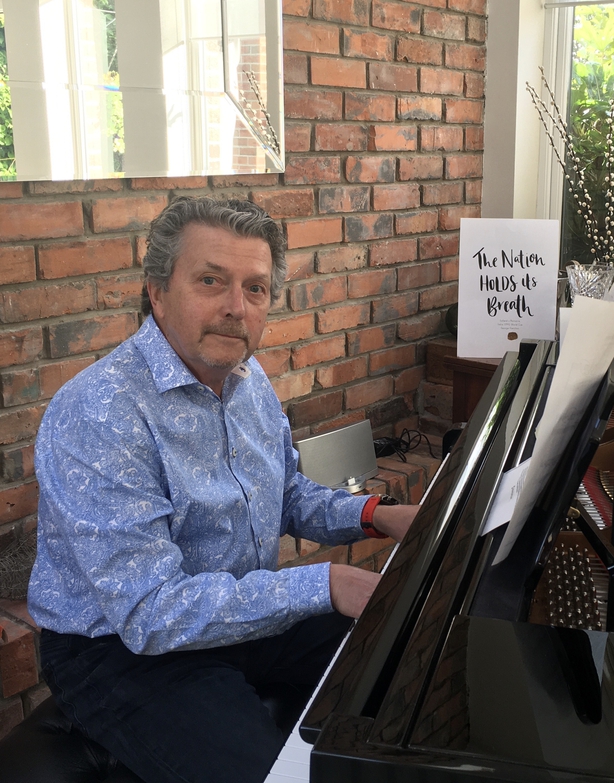 "As we’ve been discovering with our virtual dinner parties and quiz nights courtesy of Zoom, the technology has made it all very straightforward.

"The footage comes from the library, I play it at home on the big screen, provide the commentary in real time, then send the audio back to base where the experts in post-production make sure you never see or hear the join.

"And then, of course, there’s the music too, Saturday and Sunday mornings on RTÉ lyric fm. Again, our technical people have risen to the challenge, turning my computer into a virtual radio station. There’s no view from the regular The Hamilton Scores studio in lyric fm. Looking out the window as I play the music now, I get constant reminders that the grass needs cut!

"There are added complications in the shape of two Jack Russells, Brenda and Eddie (the names of the young lovers in the Billy Joel song, Scenes from an Italian Restaurant). 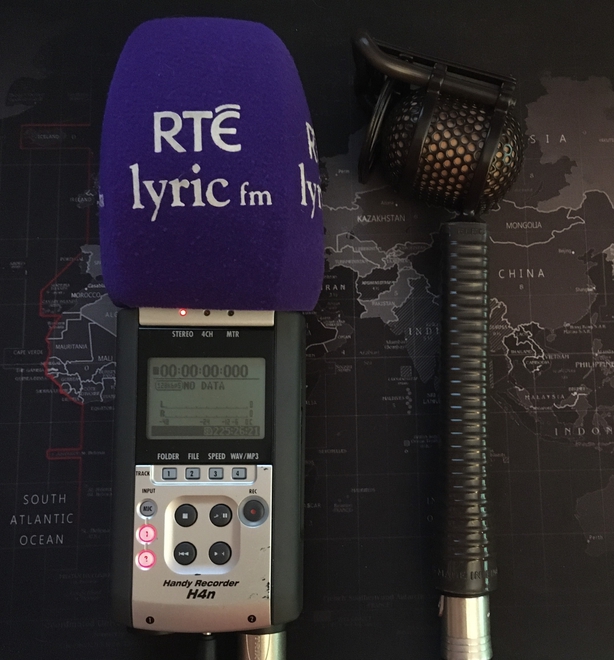 "In the absence of a red light when the mic is live, there’s nothing to indicate when I’m actually on the air, so the odd bark has given the game away. Generally, though, they’re happy enough to just hang out, either curled up on the rug, or gently snoozing on my knee, till the moment the music stops when they know it’ll be time for another romp in the park.

"On that note, there has been a lot more walking done since restrictions began to be eased. Each evening, when my wife Linda gets back from her job in A&E at the Ulster Hospital, we do anything up to 90 minutes through the neighbourhood.

"We’ve been blessed with the weather. Other than that, there’s been plenty of FaceTime with family, some additional piano practice - that Mozart sonata is coming along nicely - and a change to our viewing habits that may or may not be lockdown inspired. Linear TV has given way to series streaming. We’re both hooked now. Though that may change as the football returns!"