Former first lady Michelle Obama paid a glowing tribute to "my girl" Beyoncé as the singer was honoured for her philanthropy work at the BET Awards on Sunday night.

The 38-year-old singer was presented with the 2020 Humanitarian of Year Award at the prestigious awards ceremony which celebrates Black excellence in the entertainment industries. The event took place virtually due to the Covid-19 crisis.

The chart-topper was praised for her charitable work through the BeyGOOD foundation, including teaming up with her mother, Tina Knowles, to ensure more Covid-19 testing was available to black residents in her home city of Houston, Texas.

Obama delivered a video tribute during the virtual ceremony, saying the star "has been lighting up stages and gracing the world with her talent, with her generosity of spirit and with her love for her community".

She said: "You can see it in everything she does, from her music that gives voice to black joy and black pain, to her activism that demands justice for black lives.

"And no matter how big the stages get, I know my girl isn't satisfied unless she's sharing all that shine she has with the next generation." 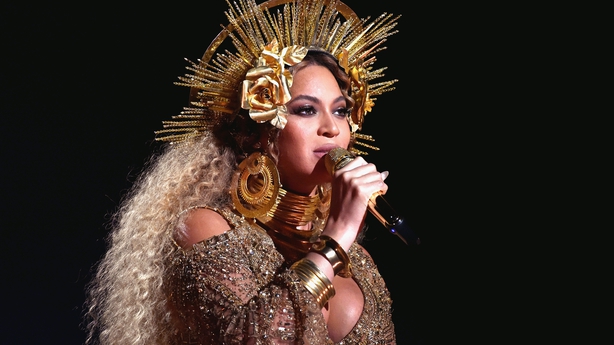 Obama praised Beyoncé for promoting younger performers including R&B duo Chloe X Halle, as well as for "calling out sexism and racism when she sees it".

The mother-of-two said the Crazy in Love hitmaker remains devoted to husband Jay-Z and the couple's three children, describing her as an inspiration.

"She's always turning up, looking out and making us all a little bit better, a little more fierce and she's doing it all while staying devoted to her children and the loved ones she holds dear," she said.

Obama added: "Congratulations girl, love you so much."

Breakthrough stars Roddy Ricch and Megan Thee Stallion were among the winners at the 20th BET Awards.

During the virtual ceremony, Ricch won album of the year for his maiden effort while Megan Thee Stallion's stellar year was also recognised.