Westlife surprised one lucky fan with a once in a lifetime prize by offering to play a free gig at her rescheduled 21st birthday party.

The winner Sandra O'Connell, a self-proclaimed super Westlife fan from Dublin, said she wanted to give her niece, Brianna, who was forced to postpone her 21st birthday due to Covid-19, the epic prize.

"Brianna's 21st birthday was cancelled because of the pandemic.

"Her mum has rescheduled it, but now we might have to reschedule it again to work with the dates that are good for you guys.

"So whatever suits you, is going to suit them," Sandra, aka 'the best aunt ever', explained.

She added: "Brianna has been an avid Westlife follower since she was a baby and went to every concert, all the Dublin ones and Belfast gigs, anywhere she could go she went," she added. 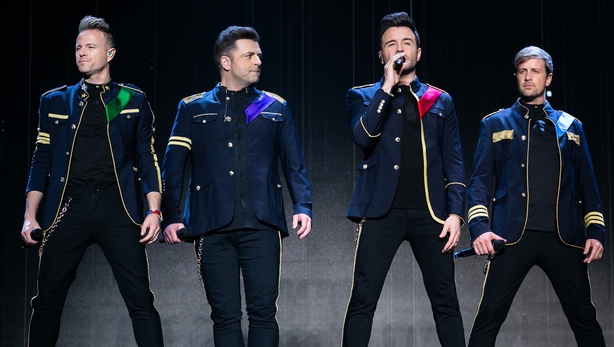 Earlier in the week, Kian, Shane, Mark and Nicky revealed they wanted to give their biggest fan an exclusive concert in a location of their choice while also helping a whole host of Irish charities for RTÉ Does Comic Relief.

Speaking about the competition, Westlife said: "We are super excited to be supporting RTÉ does Comic Relief by giving someone the chance of a very special performance at their own one-off event - maybe even at a wedding!

This has the potential to be one of the craziest things we have been involved in to date.

It is a once in a lifetime opportunity for a great cause! We urge everyone to get involved and do their bit for RTÉ Does Comic Relief."