Thumper have just released their new single Topher Grace. Frontman Oisín Leahy Furlong tells Harry Guerin why the star of That '70s Show has been honoured ahead of the Dublin band's only gig of the summer this weekend.

Harry Guerin: Why Topher Grace?
Oisín Leahy Furlong: In the same way as Weezer had Buddy Holly, and Gorillaz had Clint Eastwood, I thought it would be funny to join the tradition of having a song named after a famous, or in this case a kind of famous person. Describing the song as a cross between Weezer and Gorillaz isn't too much of a stretch either.

Have you made any efforts to get the song to him?
To be honest, when I was writing the song about 15 months ago I arbitrarily named the demo Topher Grace, with a view to naming it something else later. When I eventually brought the song to the band they never questioned the title and soon enough it just became ubiquitous with the tune and I forgot it was named after a person at all. It wasn't until I started doing interviews about it that I was reminded that I stole a man's name. So no, I haven't made any efforts to get it to him. I hope he isn't too offended when he does hear it.

Did one particular rough night in real life fuel the lyrics?
The song was written over the space of a couple of months, scrawling lines onto scraps of paper in some stranger's bathroom, or thumbing them into iPhone notes the morning after the night before.

You've said you had to pluck up the courage to show the demo of the track to the rest of the band. Was that the first time you'd felt like that?
Usually I'm fairly comfortable bringing in songs to the group, even in various states of incompletion. But the notion of bringing a seven-minute-long spoken word noise song, with no repeated chorus and repeated allusions to emotional and physical trauma was a little daunting. But bringing the song out of the demo dungeon and out into the world led to a type of closure that isn't actually present in the song itself. It felt good to share that part of myself.

What lyric in the track are you most proud of?
I think any good song is the sum of its parts, so it would be difficult for me to pick one lyric that I feel most attached to. That said, there was a brief period where we were thinking of lifting the line "Pock marks dot the blister field" as an album title. Luckily that didn't last long.

What has the whole lockdown experience taught you about yourself and the band?
We were thrust off the road mid-tour, and after months of a very busy schedule found ourselves with the fruits of our labour falling away - plans for writing retreats, a laboured-over tour of European festivals, and more. Personally, I realised that I had started to align my self worth with how busy I was. The more exhausted I felt, the more fulfilled I convinced myself I was. That's not to say that it doesn't sting to have these plans pulled, but it definitely gave some perspective in that regard. It should always be about the songs first; everything else is a bonus. With that in mind, we have channelled the energy that we were going to be putting into the road, back into the studio, and have started writing and recording with a new enthusiasm.

What has been the soundtrack for the past three months, and has it inspired any of the new material you've been writing?
I've been leaning back on records I've loved over the past year or two. Comfort food, I guess. There's a band from New York called Bodega who I've had on repeat. We're all big fans of Lankum and Junior Brother as well; their records are on constant rotation too. I haven't been forcing any quarantine creativity, but naturally sitting around indoors all day has led to a lot of demoing and shooting tunes back and forth to each other. I'm looking forward to letting people hear them.

You've a show coming up online on Saturday, June 27. When do you think the gigs we know and love will be back?
Hard to say. It seems the goalposts are shifting on this one every day. I know that we're egging to play in front of people again, and will be harnessing that on June 27 when we stream our only live show of the summer on our YouTube account. We're encouraging people to push their furniture aside and dig in with us.

When can we expect the album?
Keep your ear to the ground. It's coming. 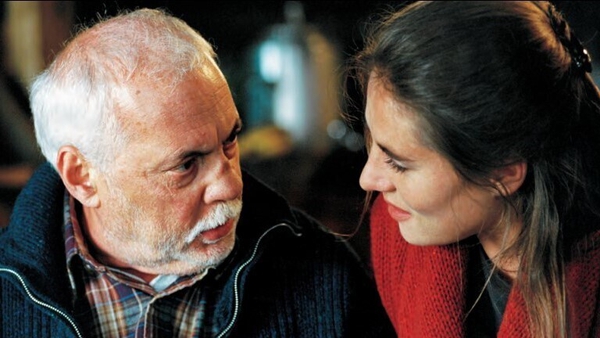 10 Life-Affirming Movies You May Not Have Seen