Whether you're in Hong Kong or Paris, you will be able to tune in to what promises to be the funniest night on Irish television on the RTÉ Player.

Make sure you book your spot on the couch because you are in for a treat tonight as the cream of Irish comedy, entertainment and sport bring some fun to your screens, as well as raising much-needed funds for the Irish charity sector.

Kick-off times around the world below: 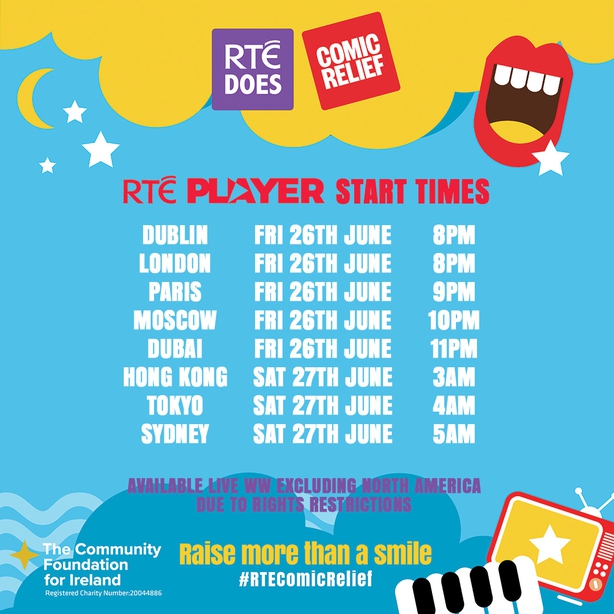 Speaking about tonight's show to Ray D'Arcy on RTÉ Radio 1 O'Kane said: "I've just come from a rehearsal in the studio and I'm longing for people to see what I've seen.

"Pat Shortt and his daughter Faye are kicking the night off and that's an absolutely hilarious sketch... There's a combination of comedy sketches and music - quite a lot of very good music - and sports things as well.

"So it should appeal to absolutely everybody. I think that's the plan! And nothing is long; if there's one piece you don't like it won't be longer than seven minutes!"