They may not be able to march in the hallowed grounds of Dublin's Croke Park these days, but that hasn’t stopped The Artane Band from marching to a different tune this summer.

The famous Dublin marching band has released an online video version of the Toy Story hit You’ve Got a Friend in Me to help raise much-needed funds for the Jack & Jill Children’s Foundation emergency SOS appeal.

Donations can be made at www.jackandjill.ie

The band, whose ranks once included a young Larry Mullen Jr, has come to the aid of the Foundation, which is facing a €500,000 shortfall for its vital services for very sick children. 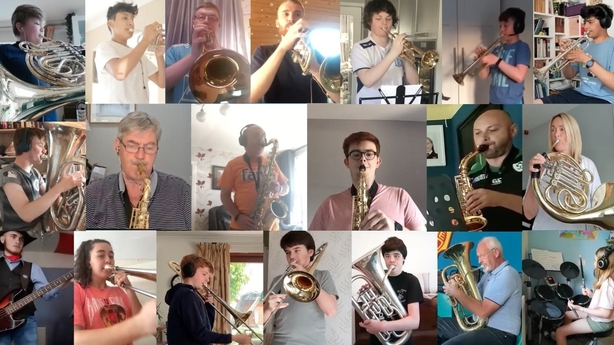 Due to COVID-19, the charity has had to cancel a raft of fundraising events, while its nine charity shops have only recently re-opened after being closed for almost three months.

This year will be the first time since 1886 that the Artane Band will not line out for its music parades at major GAA fixtures. However, that hasn’t stopped the band from pulling out all the stops to support a very worthy cause.

The recording of the Randy Newman song You've Got A Friend in Me sees the Artane Band and the Artane Senior Band combine their talents in a concert band arrangement.

The piece is performed by over 50 musicians with a combination of wind, brass and percussion instruments to create one outstanding virtual performance.

The project is the brainchild of a team from the Artane School of Music and the video was produced by the director, Ronan O'Reilly, who 'virtually conducted' the band members.

"The Artane Band is all about supporting young people and supporting community and so when we heard of the Jack and Jill Children’s Foundation emergency SOS appeal, we wanted to help," says a spokesperson for the band, whose other claim to fame was appearing on the cover of the INXS album Welcome to Wherever You Are in 1992.

"With the current pandemic, we may be unable to march in Croke Park this summer, but that hasn’t stopped our members from parading at home to do our bit for Jack and Jill. 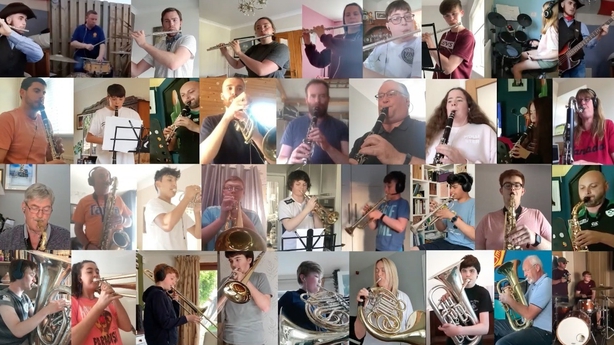 "The band members have been very busy practising over the past number of weeks, perfecting our performance of You’ve got a Friend in Me. We are now launching it online and we would urge members of the public to show their support for Jack and Jill and dig deep."

For former Dublin GAA goalkeeper and Jack and Jill board member, John O’Leary, whose son Tom (9) was supported by the charity until he was five years’ old, the initiative is close to home.

"The song You’ve got a Friend in Me speaks to the heart and soul of the Jack and Jill Children’s Foundation," John says.

"For me, the Artane Band has been a constant feature in my life for many years, both on and off the field, and it is wonderful to see the band coming to Jack and Jill’s aid and being that wonderful friend when we need them.

"Never has Jack and Jill’s work been more vital. Never has the generosity of the public been more needed. Please support the efforts of the Artane Band and donate what you can at www.jackandjill.ie."