Miley Cyrus says she's been "sober sober" for six months after initially quitting alcohol in preparation for vocal cord surgery and then fully committing to abstinence because her family has a "history of addiction and mental health challenges".

Speaking on Variety and iHeart’s podcast The Big Ticket, the 27-year-old said: "I’ve been sober sober for the past six months. At the beginning, it was just about this vocal surgery.

"But I had been thinking a lot about my mother. My mom was adopted, and I inherited some of the feelings she had, the abandonment feelings and wanting to prove that you’re wanted and valuable." 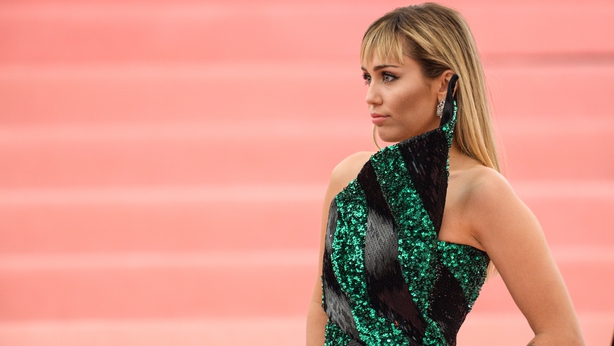 She added: "My dad’s parents divorced when he was three, so my dad raised himself. I did a lot of family history, which has a lot of addiction and mental health challenges."

‘So just going through that and asking, ‘Why am I the way that I am?’ By understanding the past, we understand the present and the future much more clearly. I think therapy is great."

Asked if she ever laughed at things she’d done in the past, Cyrus replied: "One of my favourite interviews is when I say, "Anyone that smokes weed is a dummy." That one I love to send to my parents, who are big stoners, every now and then."

She continued: ‘It’s been really important for me over the last year living a sober lifestyle, because I really wanted to polish up my craft. I had really big vocal surgery in November.

"I had freaking four weeks where I wasn’t allowed to talk. I was so ripped writing on the whiteboard, yelling at everybody. I had this one big bicep from just yelling at mom and still trying to do meetings. But it prepared me for the stillness and the quietness."

The singer also thought that people might think she was boring because she was sober but the benefits to her lifestyle have been huge.

"It can change the way you see yourself," she said.

"It’s really hard because especially being young, there’s that stigma of "you’re no fun". It’s like, "honey, you can call me a lot of things, but I know that I’m fun.