Colin Farrell has said being a father is more important to him than his career and admits his kids "are my masters".

The 44-year-old actor, who has sons James, 16, and Henry, 10, admits he finds raising his children much ''harder'' than actor and says "fatherhood has changed me completely".

Speaking to OK! magazine, he said: ''My kids are my masters. They bring up a lot of fear and self-judgement in me. Having kids is the most important thing in my life. This whole acting business is nothing in comparison.

''Don't get me wrong, I know I'm one of the fortunate people who gets a certain amount of meaning from my work. And, self-indulgently, I sometimes get off on what I do, but being a dad to these two boys is the most difficult, the most rewarding, the most meaningful and the most consequential thing that I will ever do by far.

''I find parenting a lot harder than acting, as I think I should."

''As an actor, we get to explore humanity and to express ourselves creatively - and you get to make the money you get to make. But the real business of living is all to do with being a dad. Fatherhood is very important to me.'' 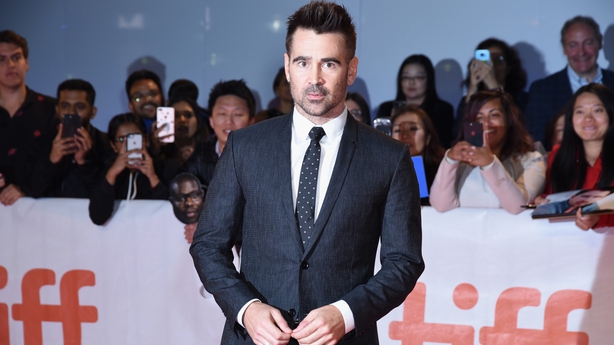 When it comes to parenting, Farrell says he doesn't know what he's "doing most of the time" but says one thing he is certain about is his adoration for his boys.

''Fatherhood has changed me completely. It changes me every day. I don't know what I'm doing most of the time - or all of the time - but I adore my boys. I love them very much," he said.

''To be honest with you, I just hope I'm not f***ing them up too much. If all of us can f**k up our children a little less than we were f***ed up by our parents, then that can be the bar for success.''