Benedict Cumberbatch, Courteney Cox and Josh Brolin are among the stars who will become 2021 Hollywood Walk Of Fame inductees.

The three actors are among 35 stars from different sections of the entertainment industry, including film, music and TV, announced by the Hollywood Chamber Of Commerce.

British actor Cumberbatch, known for playing Dr Strange in the Marvel movies, will be joined by his Avengers co-stars Josh Brolin - who portrays supervillain Thanos - and Don Cheadle, best known as superhero War Machine, in having their names placed in a star on the world famous landmark.

Zac Efron, who shot to fame after starring in Disney's High School Musical film trilogy, will also have his name cemented into the Hollywood pavement, as will Transformers star Shia LaBeouf.

British actress Naomi Watts is another star honoured in the film category, while actors Ryan O'Neal and Ali MacGraw will have a double star, Walk Of Fame organisers said on Thursday.

In the TV categories, Friends star Courtney Cox (below) will be honoured, as will Wild 'N Out host Nick Cannon and Ozark's Laura Linney. 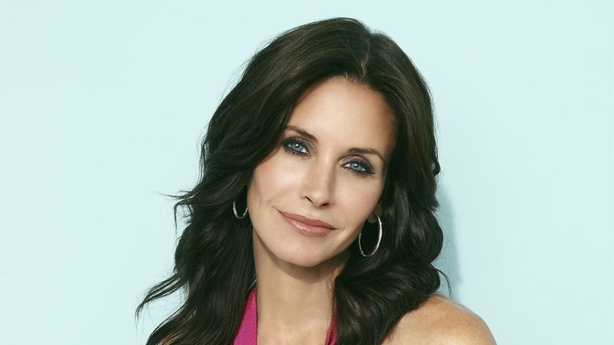 Meanwhile, Kelly Clarkson, Missy Elliott and American Pie singer Don McLean are among the names from the music world being celebrated.

Induction ceremonies are currently suspended due to the coronavirus pandemic.

The first stars were placed on the Hollywood Walk Of Fame in August 1958, with Olive Borden, Ronald Colman, Louise Fazenda, Preston Foster and Burt Lancaster among the first eight inductees.

For each star installed on the Walk of Fame, the sponsor of the nominee must pay $40,000 to the Hollywood Historic Trust.

The money goes towards the installation of the monument, as well as the maintenance of the Walk Of Fame.