Presenter Baz Ashmawy echoed the feelings of many parents around the country when he appeared on Claire Byrne Live on Monday night, admitting that he had been "completely failing" at homeschooling his children during the Covid-19 emergency.

Joining Byrne in studio on RTÉ One, Ashmawy was asked for his experiences of homeschooling.

"I felt like I was completely failing as a parent" - Baz Ashmawy @bazashmawy joined #CBLive to talk about his experience of home schooling his children during the pandemic. pic.twitter.com/BIgede0Hsr

"My failings, I think it is," he said. "I found it very stressful. I just found it, those first few weeks, was [sic] just I felt like I was completely failing as a parent.

"There was [sic] other parents, and they were asking for bigger workloads for the children, and I was just in awe of that. It wasn't until I went on Instagram and I started ranting about it a bit that a load of teachers and a load of other parents got on board. I said, 'Look, I'm just not coping with this'.

"So then all of a sudden I had to kind of prioritise what's most important. And that was, regarding the younger ones, who are, like, seven and nine, is their kind of happiness, is their wellbeing. And for them not to be carrying anxiety over how many things they haven't done on their list of work. [It]Is just keeping them upbeat. Once I kind of focussed on that I didn't feel as bad, because if you keep comparing yourself to other parents, you know? You're not a teacher; you can only try your best."

On the subject of parents working from home, Ashmawy said: "We're a disaster, like honestly. I've one child and she has Dyspraxia [a disability that affects movement and co-ordination] in her hands, so she had a computer. But her sister didn't. So her sister is borrowing my laptop, and now she has a PhD in just spilling crap everywhere! So I'm watching her use my laptop with all my work and everything in it...

"And it just wasn't quite working, so we had to kind of change things a little to make it work for our family. So it wasn't as curriculum-based as what we were getting [from the school]. But the teachers all, anyone who corresponded with me, was like, 'Look, just do what you can. You can only do your best with this stuff'."

When asked about the possibility that it could be one day or two-and-a-half days a week for children in school in September, Ashmawy replied: "It's a structure [that] is missing. That's nearly the most important thing, is a structure. I don't care what the structure is as long as there's some form of structure that's manageable, that we can work with. I don't think it's even 'What's plan A?'; it's 'What's plan A, B and C'?"

Watch the programme on the RTÉ Player. 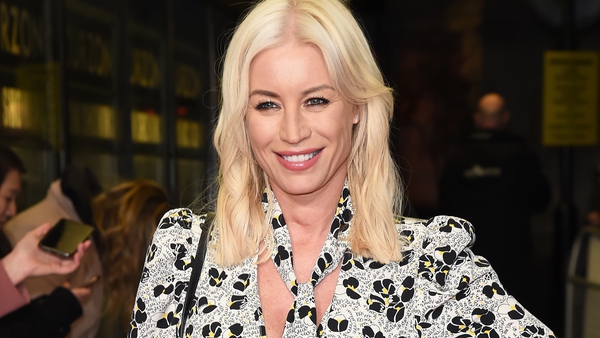