The Gary Lightbody Show: All Things All At Once is a six-part series that invites listeners to join Lightbody on "a rummage through his record collection" as he shares key songs in his life.

Gary Lightbody (@garysnowpatrol) invites listeners to join him on a rummage through his record collection in a new six-part series for @bbcradioulster beginning on Sunday 14 June at 4pm. For more info: https://t.co/hn2FsQJKZU@BBCSounds, @rigsy pic.twitter.com/tr9m3owlfJ

"I've dreamt of having my own radio show since I was a teenager, but no one would give me one!" the singer said in a statement. "I'm very grateful to BBC Radio Ulster for the opportunity. I also realise that I've been given something that other DJs don't get - which is free rein to play whatever the heck I want.

"Loving music feels like a life's pursuit - and I've always wanted an opportunity to share my favourite songs on the radio. And you don't know what you've let yourself in for - 'cos my music taste is all over the place. It'll be a little mad musical journey through my brain."

"I want to pick the tracks the same way I write music - going with instinct," he explained. "So there'll be no rules. There'll no doubt be rock, metal (don't be frightened!), funk, soul, hip-hop, dance music, folk and country. Anything that takes my fancy at any given moment.

"If a song comes up you don't like, stick with me - the next one you'll love, I promise. Hopefully you'll enjoy the journey."

The opening show sees Lightbody recount how a surprise birthday present involved him meeting the singer of his favourite song. He will also talk about the singer who inspired him to take vocal lessons, and reveal who he thinks has the best voice of all. 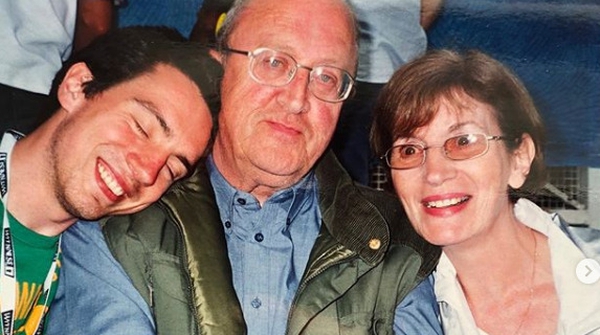