So long Marianne and Connell, hello to these equally compelling characters.

Manchester by the Sea writer-director Kenneth Lonergan's Oscar-nominated feature debut gave Laura Linney and Mark Ruffalo two of the best roles of their careers as siblings Sammy and Terry. She's a single parent leading a nice if wholly monotonous life in upstate New York; he's back home after a stint in a Florida jail. With the thinnest of plots and smallest of budgets Lonergan crafted a deep but gentle study of the ties that bind and the choices that make us who we are, your allegiance shifting from one character to the other as the film progresses. The interaction between Linney and Ruffalo is perfect; full of tears and laughs, hypocrisy and honesty, but never playing like it's been through the Hollywood steam clean and never coming across as judgemental - borne out by Lonergan's cameo as an easy-going priest who listens to both sister and brother. You won't meet a nicer dysfunctional family this year.

Booze, drugs, fights, casual sex... all in a Hamburg night's work for Cahit (Birol Ünel), a man destroyed by the death of his wife some years earlier. In a typical exercise in mayhem, he takes a car and drives it at top speed into a wall. Miraculously surviving, he recovers in a psychiatric hospital where he meets Sibel (Sibel Kekilli), another Turkish-German patient who is desperate for a marriage of convenience to escape her traditionalist family. "Everything that comes to pass will pass again one day," sings a pal of Cahit's and Head-On crams a lot into the lives of its misfits. The first 40 minutes are played largely for laughs - so far, so skewed romantic comedy - but living up to the mood swings of its central duo, the tone then swerves wildly, plunging you deeper into darkness. Through it all the chemistry between Ünel and Kekilli is perfect. The Mickey Rourke/Dave Gahan lookalike gives one of the best anti-hero performances you're ever likely to see, while future Game of Thrones star Kekilli grows in power and range as the shot-in-sequence film progresses. Star-crossed and then some.

Reuniting the Juno team of director Jason Reitman and writer Diablo Cody with their Young Adult star Charlize Theron, this comedy-drama about motherhood deserved far more love than it received at the box office in 2018 - pamper it to bits. It's 'thrice the worry' for end-of-her-tether mammy Marlo (Theron) when new baby Mia arrives. But just when she's teetering on the abyss in walks 'Night Nanny' Tully (Mackenzie Davis) and a bond soon forms where each woman brings out the best in the other. Whether it's simmering rage, self-loathing or grieving about the years gone by - bring your own behavioural bingo card - Theron's work here never feels like anything less than someone you know. But don't expect a downer, because there's black comedy aplenty ("My body looks like a relief map for a war-torn country", "The ninth month is tough - I remember I could barely make it to the gym") between the brass tacks. And Mackenzie Davis as Tully is someone you'd love to love.

Striking gold back in his native Australia, Without a Trace star Anthony LaPaglia plays Leon Zat, a detective going through the motions with his wife and considering an affair with a one-night stand. When someone disappears Leon is called in to investigate, and his poring over the details of another couple's married life leads him to place a value on his own. There isn't one poor line in Lantana and although it tackles the biggest of questions like surrendering yourself to another and how well they can know you afterwards, no scene is ever too weighty and no emotion is overdone. It may be LaPaglia's movie as he alternates between numb and time bomb, but he's backed up by a great cast - Kerry Armstrong, Rachael Blake, Barbara Hershey, Geoffrey Rush - who all get a chance to carve out their own moments. There's a sensuality here that is years away from the young faces and trainer-toned bodies we're conditioned to expect, and the film is a brilliant reminder that the greatest challenge we could face in any day is facing up to that person in the bathroom mirror.

Benito Zambrano's film is a tender and tragic look at the imperfections of family life and the dilemmas that exist for both the young and old. While her father recovers from an operation in a Seville hospital, the deeply troubled María (Ana Fernández) receives an unwelcome guest in the form of her elderly mother Rosa (María Galiana), a gentle, wise woman who has faced the wrath of her husband alone since María's departure from their village. Cooped up in the crumbling flat all day, Rosa befriends María's neighbour Nachbar (Carlos Álvarez-Nóvoa), a widower who provides her with a sympathetic ear and a snapshot of the life she could have had. Although the scenes between the two women are deeply moving, it is the relationship between Rosa and Nachbar that give the film its heart. The idea of 'what if' runs through all their conversations and the sense of humour in the midst of their terrible loneliness ensures that Solas never feels too sorry for itself. Now count those blessings for 101 minutes. (All the clips are in Spanish, but you'll get the gist.)

After his breakout success with Moonlight, director Barry Jenkins returned with a film that's every frame as special - another for-the-ages love story, this time set in 1970s New York. Tish (KiKi Layne) and Fonny (Stephan James) had been friends since childhood, only to discover that they wanted all of each other. They see the brightest of futures together, but life has other plans. If Beale Street Could Talk has a dreaminess that's hypnotic, with its non-linear narrative only adding to that allure. But, as with Moonlight, the lushness of the visuals belies the toughness of the story. Jenkins' script weaves together the personal and political so compellingly that James Baldwin's source novel will be on the must-read list. As Jenkins so painfully shows, looking beyond today is dangerous folly, but it's safe to say in 20 years' time people will still be talking about this film, and what it means to them. With a bit of luck you'll be one of them.

Another literary adaptation; this time with 500 Days of Summer writers Scott Neustadter and Michael H Weber bringing author Tim Tharp's high school-set story to the screen and director James Ponsoldt striking gold with the casting of Miles Teller and Shailene Woodley. Teller plays Sutter, "the life of every party" who suddenly turns his attentions to Woodley's Aimee, a shy classsmate who deserves better. Out of this mismatch comes something more profound than the deceptively upbeat trailer suggests, with the life lessons on offer here ranking with anything in the celebrated classics about teenhood. It's bizarre that a film that was so critically acclaimed and won the jury prize for acting at the Sundance Film Festival received a limited release in the US and barely made it to European cinemas - not opening in Ireland at all. The Spectacular Now's word-of-mouth status has grown every year since. Anyone who loves Woodley in Big Little Lies or Teller in Whiplash is guaranteed to be smitten with their work here.

Antibes on the Côte d'Azur is the setting for this story of the sun breaking through the darkest of clouds in people's lives. If you loved director Jacques Audiard's brilliant crime-drama A Prophet, then this is an opportunity to see his softer side - from time to time. Marion Cotillard plays Stéphanie, a former whale trainer trying to find her way out of trauma. Matthias Schoenaerts is Alain, a bare-knuckle fighter who is offered the chance of a new beginning when he develops feelings for her. The long and winding road is beautifully travelled here, with the opportunity to recharge your own resilience along the way. As the baggage-laden Stéphanie and Alain, Cotillard and Schoenaerts give us a masterclass in chemistry and two of the most compelling characters of recent years, both as tough, and troubled, as each other. "It could only end how it ends," Audiard told the London Film Festival in 2012. Brilliantly.

Like the song, writer-director Andrew Haigh's sublime debut asks if it's love you're after or just a good time. Happy-go-lucky Russell (Tom Cullen) meets gabby and angsty Glen (Chris New) on a solo night out. Glen considers himself to be far more liberated than Russell and declares that this will be a one-night stand. The morning after, however, it seems that there's more to their encounter than either imagined at 3:00am. If the thought of characters lounging and strolling around and doing lots and lots of talking appeals to you, then make the time for Weekend. Mixing sexual politics, the ideal versus the real and the challenge of making one's way in the world, Haigh's film has something for everyone to ponder. As a writer, he created two very believable characters whose dialogue crackles with the energy of real-life and all its tensions and tenderness. As a director, he cast both roles perfectly. Small budget, big, big heart.

Now this is a binge. Three films, 19 years apart with director Richard Linklater and stars Julie Delpy and Ethan Hawke taking us from the rush and possibilities of romantic love all the way to the messiness and compromises of everyday life with someone else. We first meet Delpy's Céline and Hawke's Jesse in Vienna, then in Paris 10 years later and finally (fingers still crossed for a fourth instalment, mind) on the Greek Peloponnese peninsula. Each film has a different energy but the constants are the brilliance of the performances and dialogue - Delpy and Hawke also co-wrote Sunset and Midnight with Linklater. For newcomers it's giving little away to say that  Céline and Jesse will feel like old friends very quickly - ones who help you pinpoint where you are in your own life by looking at where they are in theirs. A favourite film in the trilogy can change depending on your mood, and it's a great workout for head and heart in wondering whether you feel the same way about things as the two people onscreen. Just don't have any arguments afterwards... 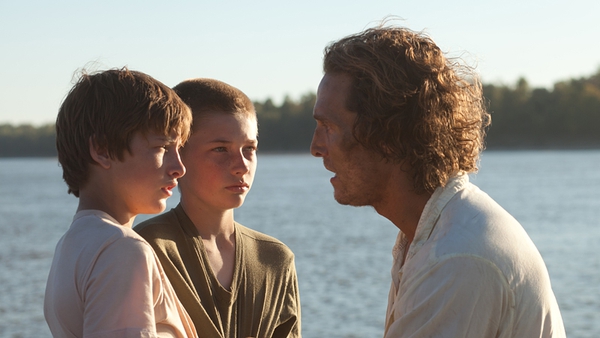 10 Great Coming-of-Age Movies You May Not Have Seen