Showband legend and Waterford native Brendan Bowyer has passed away aged 81 in Las Vegas surrounded by his family.

The news was confirmed in a statement on his Facebook page, it read: "It is with deep sadness and regret that we announce the passing of Brendan Bowyer. Ireland's most beloved International entertainer for 62 years.

"Brendan passed away peacefully in Las Vegas on the late evening of May 28, 2020. He was surrounded by the unending love of his wife of 53 years, Stella, his three children, Brendan Jr., Aisling, Clodagh, and his two grandchildren, Liam & Nora Stella.

"Brendan was hoping to get back to his homeland, Ireland, one last time. He was 81 years old." 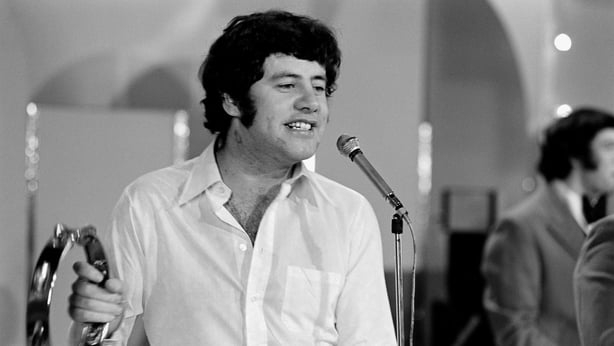 Bowyer first came to prominence in 1959 as a member of The Royal Showband who are probably best known for their international hit The Hucklebuck which they released in 1964. It's often been considered the greatest pop record ever produced by an Irish act.

The song was so popular in Ireland during the 1960s, it became something of an alternative national Anthem. For decades, it was a guaranteed floor-filler at nights out all across Ireland.

The Royal released many hit records, including the Hucklebuck follow-up Don't Lose Your Hucklebuck Shoes, I Ran All the Way Home, and California Sun - a song later recorded by American punk legends, The Ramones.

One of the most dynamic live acts of that era, The Royal were a sensation at a time when live music drew massive crowds to ballrooms across Ireland. But they didn't limit their ambitions to Ireland.

Here's a classic clip of the Royal Showband performing on RTÉ:

In 1961 The Royal Showband won 'Top Modern Dance Band' in Britain. The Beatles were a support group during the tour and Bowyer famously advised the four young hopefuls 'to stick with it and you will make it'.

The Royal Showband also took to the stage in Las Vegas, with Elvis Presley coming to see them perform. Elvis was so impressed with Bowyer's performance of You Gave Me a Mountain that he later recorded his own version.

In 1971 Bowyer, along with singer Tom Dunphy, left The Royal Showband and formed the Big Eight Showband. The band spent the summers playing the ballroom circuit in Ireland and spent the rest of the year in Las Vegas.

Within a short time, Brendan and the band made the decision to relocate to Vegas permanently. He has been based in Las Vegas since then, though he enjoyed frequent trips back home to tour Ireland.

One of Brendan Bowyer's greatest recorded performances was with a song mostly associated with Elvis Presley, The Wonder of You. That song title pretty much sums up Bowyer's remarkable contribution to popular Irish culture.