It's the final Late Late Show of the current run, Steve Carell stars in Space Force, there are some great music and documentaries, Smack the Pony makes a return, while Hugh Laurie joins Jools Holland on Later . . .

It’s the last Late Late before the summer break, and Ryan Tubridy’s list of guests is topped by none other than the President of Ireland, Michael D Higgins (below).

"And then we will also talk to the likes of Saoirse Ronan and Colin Farrell and others. And as arguably important as they are, we'll also have members of the frontline joining us to salute them essentially, which I think is the right way to do it." 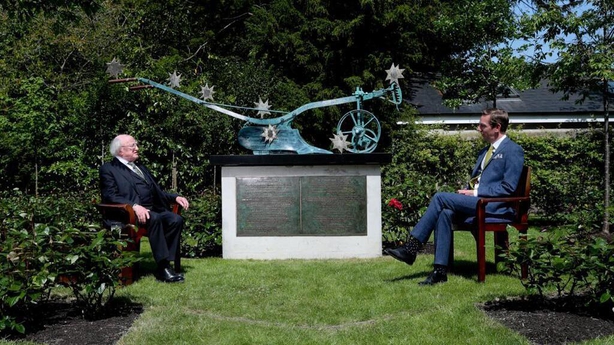 HBO's vibrant portrait of boxing legend Muhammad Ali as told through the lens of his frequent appearances on the Emmy-winning Dick Cavett Show.

With natural charisma, quick wit and playful pugnacity, Ali was a perfect foil for the sophisticated broadcast host, and together they struck television gold.

Whether discussing his prowess in the ring, the status of race relations in America or his controversial decision to refuse induction into the army during the Vietnam War, Ali was always an entertaining and provocative guest.

They’ll also be looking at the hotly anticipated sci-fi thriller The Vast of Night, a new Amazon Studios release, as well as rounding-up the best - and worst - of the rest of streaming culture across movies and premium television. 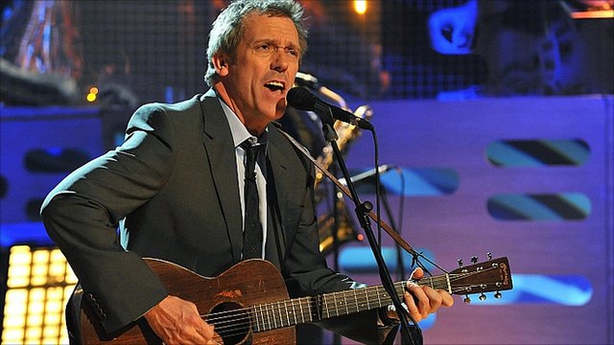 The music programme continues in its lockdown incarnation as Jools chats from his south London studio via video link to Golden Globe-winning actor and musician Hugh Laurie (above), who recounts his musical journey.

Laurie's picks reflect the influences that can be found on his own two records Let Them Talk and Didn't It Rain, the former featuring collaborations with Tom Jones, Irma Thomas and Dr John.

As usual, there's also time for Jools to focus on new music, with a unique performance by multi-instrumentalist and singer Jacob Collier, who will be making his debut on the show.

An often depressing but always fascinating look at the limited housing opportunities for African-Americans through the story of an Atlanta public housing community that opened in 1970 and was bulldozed in the mid-1990s.

A pilot with dreams of running the Air Force, four-star general Mark R Naird (Steve Carell) finds himself tapped to lead the newly formed sixth branch of the US Armed Forces: Space Force.

Sceptical but dedicated, he uproots his family and moves to a remote base in Colorado where he and a colourful team are tasked by the White House with getting American boots on the moon (again) in a hurry and achieving total space dominance.

In these new episodes, he travels to Marrakesh, Seoul, Montreal, Chicago and London.

Finding him gravely injured, the two become trapped by quickly encroaching floodwaters. As time runs out to escape the strengthening storm, Haley and her father discover that the rising tide invites alligators.

Documentary examining the most important era in the history of popular music - the birth of rock 'n' roll.

The opening programme focuses on the origins of the sound in 1950s America when the rhythm-driven mix of blues, boogie-woogie and vocal harmony was nurtured by small independent record labels and championed by young music pioneers such as Fats Domino and Little Richard.

This episode also looks at the start of Elvis Presley's career in Memphis and examines the impact the film industry had on the rock movement. 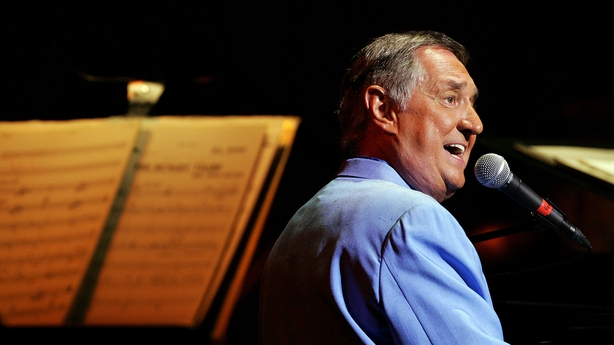 A compilation of classic rock 'n' roll artists and songs in celebration of the musical genre, Including performances by Jerry Lee Lewis, Dion, Dick Dale and Neil Sedaka (above).

Yet another Hollywood classic, this is the original of the species, starring Fay Wray, Robert Armstrong and Bruce Cabot.

A film producer and his crew visit a remote island where they encounter a 50ft gorilla which takes a shine to their leading lady.

When they decide to take it back to America, they fail to foresee the inevitable havoc as the gigantic ape runs amok in New York.

Drama, starring Valerie Hobson, Michael Gough, Stewart Granger and Walter Fitzgerald, about a penniless governess invited to stay with a wealthy relative, where she hopes to secure her future and take over the estate by marrying her infatuated cousin.

Legendary outlaw hero Robin Hood rallies his merry men to thwart the Sheriff of Nottingham’s plan to murder the Archbishop of Canterbury.

Indianapolis teenager Hazel has terminal thyroid cancer and attends a patients' support group, where she meets fellow teen Gus, who lost a leg to the disease.

The two fall in love and a shared passion for books leads them on a literary pilgrimage to Amsterdam in search of reclusive author Peter van Houten.

This hugely enjoyable action-comedy stars Dwayne Johnson as a one-time geek who suffered constant humiliation at high school but grew up to be a lethal CIA agent.

But when he's targeted by his own organisation, he comes home for a high school reunion, where he enlists the help of the former campus tough guy - now a meek accountant played by Kevin Hart- who very quickly wonders what he’s got himself into.

A woman lives alone on a farm that belonged to her family in the aftermath of a nuclear apocalypse, believing herself to be the last survivor of the human race.

Her simple life is disrupted by the appearance of a second survivor, and they adapt to working together - but the arrival of a third individual threatens everything they have built.

Charlize Theron stars in this comedy from Diablo Cody as Mavis Gary, a self-centred writer of young adult fiction who lives a life of drunken nights and one-night stands in Minneapolis.

She receives an email from an old flame in her home town, decides that it’s a sign he is trapped in a boring life and wants to see her, and heads home to win him back.

Biopic starring Bryan Cranston, Diane Lane and Helen Mirren about an acclaimed Hollywood screenwriter, who was jailed and blacklisted in the 1940s for his left-wing political views.

On his release from prison, he manages to continue writing using a series of pseudonyms, and his newfound success leads many to question the validity of the blacklist.

A shy, withdrawn teenager discovers she has paranormal powers, which she uses to protect herself from her abusive mother and classmates.

When a friendly student invites her to the prom, she’s determined to enjoy herself and is amazed when she is crowned queen of the ball - but joy turns to fury when her tormentors play a cruel trick.