X Factor winner James Arthur has revealed he was in "hundreds of thousands of pounds worth of debt" shortly after triumphing on the singing competition in 2012 and admits he doesn't know how he "burnt through" all of his earnings.

The 32-year-old Impossible hitmaker claims that his management at the time let their commission rack up and explained how he found himself in debt after being dropped by his record label in 2014.

Speaking to The Sun newspaper's Bizarre column, he said, ''I was in hundreds of thousands of pounds worth of debt. I was doing gigs in Moldova every other Saturday to pay the rent and get myself out of the red. It was tough times.

''I made an awful lot of money after The X Factor and my first album. I don't know how I burnt through it all.

''My management at the time didn't claim their commission so they let it rack up to a lot and by the time I was dropped and a couple of years had gone by it had accumulated.

''It's that and the lifestyle, I guess. You get in a tax bracket where you just can't afford it," he said.

Arthur also opened up about his battles with both social and health anxiety as well as different forms of depression, and says the only place he feels ''confident'' is up on stage.

''I have had social anxiety and health anxiety and various different types of anxiety and depression, but I never felt it when I was on stage. That was the one place where I had a lot of confidence and self-esteem.''

Arthur revealed how his confidence on stage was knocked when he was rushed into emergency surgery for a gallbladder infection during his European tour in January. 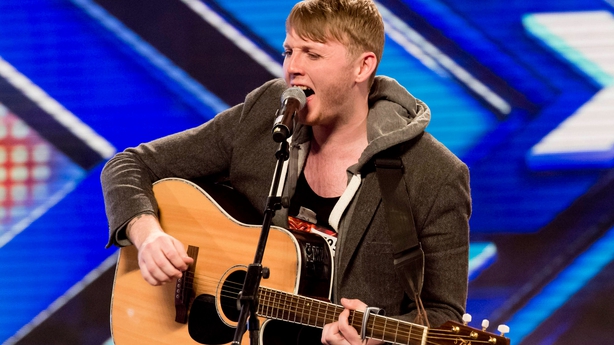 He added: ''You always have a bit of performance anxiety but it was really, really bad. It was pretty crippling and I didn't think I'd be able to perform again. I had a month of intensive therapy to get myself up for the UK arena tour.''