After 32 years travelling down dark paths, the goth metal pioneers are in rude health on new album Obsidian. Singer Nick Holmes talks past, present and future with Harry Guerin.

Harry Guerin: Obsidian sounds like your Greatest Pits with a little something from every era of the band.
Nick Holmes: [Laughs] Glad you like it! We don't necessarily look into everything else we've done as a reference, but I suppose we pick all these things up and they stay with us. The last album [2017's Medusa] was very specific; it was a very specific doom-death album. Every track is very much along those lines. When we started writing this, the first song we wrote was Fall from Grace, which is quite reminiscent of the last album, I think. And then once we did that, as we carried on, they just started to be a little bit more diverse. It's just the way it turned out, really. We usually use the last album as a kind of benchmark, but beyond that we don't usually delve too much into what we've done in the past.

Where did the title Obsidian come from?
It's a word I've been seeing used for quite a few years and I've always liked the word. I usually write down words that I like on my phone. It was on there and I was going through a list. It's a black kind of stone, earth stone, and it's often used as like a brooch or a lucky charm. So it has a kind of symbolism to it, which I quite like that as well. We tied that in with the artwork.

Did you think about postponing the release of the album with the Covid-19 emergency?
We just decided to release it. I mean, music's timeless anyway. A lot of the release structure seemed to be based around promotional concerts, which we're still intending to do that, but they're just hopefully going to be in September - I say that hopefully! If people have got nothing else to do hopefully they're going to listen to it more. By the time we do play hopefully everyone knows the album really well.

What really struck me was how young you sound as a band - in the best sense.
[Laughs] Maybe that's the production and down to the mix and how it sounds! [Producer] Jaime Gomez Arellano has done a great job with the mix; we're very happy with it. Also, we're still very passionate about it, you know? We still really care about the songs, we care about the craft of the songs. We don't throw things together willy nilly, we're very meticulous. If you can link that to being youthful then that's fine! You've got to put your heart into something. If you don't believe it no-one else will. 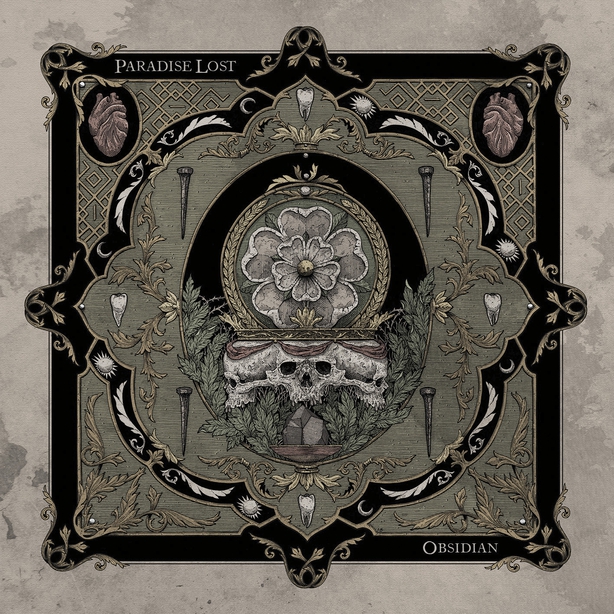 I have a friend who swears by your first two albums, Lost Paradise and Gothic, and doesn't have any interest beyond them. But I have another friend who thinks that the Depeche Mode-inspired Host album is the greatest thing you've done. Do you get a kick about of being divisive?
I quite like it! A lot of it is based around when you discover the band. It's pretty much the same with the early Metallica albums - the first kind of three albums are the only thing I'm really interested in. I mean, I do like some of the other stuff, but those three are always the cornerstone. Same with Slayer as well. We definitely have people who like Host more than anything else. The first two albums [and no interest in anything else]? That's the first time I've heard that actually! It's usually [1995 album] Draconian Times. As long as it's not everybody liking the same thing then that's great. We've been going 32 years and there's 16 albums so there's quite a lot to choose from!

As a songwriting partnership, what do you think has been the key for yourself and guitarist Gregor Mackintosh as the decades have gone on?
We do like similar things musically. We've always been like that. If I hear something and I like it I just know Greg will. We don't agree on everything, of course not! It's not always easy, because we like different types of music as well. But you've got to have some common ground, I think, as a good focal point to start doing things.

As a team do you ever get sick of each other?
I don't know, because when we're on tour - that's the only time we're really together for very long. We never really see each other because we don't really live near each other. But if you're on a tour bus for seven weeks you're going to get sick of anybody, aren't you? But at the same time, everyone knows everyone's limitations and everyone knows how to press each other's buttons - and when not to! It's just years and years of experience. But when we're together we actually have a good laugh as well, and that's a real element that's kept us together, I think. We really do laugh at things. A lot of bands that I know they're not even friends. I think you have to be friends. It's very important.

Given that it's four-fifths of you from the original line-up, what was the secret to staying together?
We were very young when we started, and then we got management around '92/'93 and we became like a professional band around that time and we've done it ever since. We actually started as friends before - we didn't come together from an advertisement in a shop window or something. We were mates hanging out in nightclubs or whatever before that. We all met through the love of music as well. It was all very humble backgrounds and the reasons that we met. Again, like I said, a sense of humour is a very important part of any relationship. And we do really have a laugh. We really laugh at stuff - and we still do occasionally! But initially we'd hang out, have a laugh, get drunk and do what all kids in metal used to do when they were teenagers.

Do you get more sentimental about what you've achieved as a band as you get older?
I don't, actually. I could sit down perhaps with some of my old mates and we could talk about the times, like you do, and then maybe you might get a little bit sentimental. But not really, no. I think because we've never stopped doing it [being a band], because we've carried on going forward. I think if we stopped then maybe you would have a retrospective, and then you maybe would get a little misty-eyed. The drive is still there and we keep just bulldozering forward.

Going back to the early years, did you have a time frame in your own head of 'I can see it lasting this long and then I'll go and do something else'?
No, not at all. [And] I don't think the others did, really. We were sort of enjoying the moment. We started playing abroad very early on. We were still teenagers when we used to go over to Holland and Germany. We didn't play very often in England and I think just going abroad all the time we realised how big Europe was and it was a big area to explore. We never actually thought, 'Ok, we've got a few gigs - one in London, one in Leeds - and that's it for the next year'. There were always new places to play and we just did more and more and more. And then before we knew it we'd been doing it for 10 years.

Were there times over the years where you wondered, 'How long have we left?' or was there always that stubbornness to get to the next milestone?
It is peaks and troughs, the same as life. The albums that we've done, they're very much like bookmarks on our personal lives. When I look at albums, it reminds me of things that were going on in my personal life at the time. There were times when things were going bad in our personal lives and we still had to do albums and it had an impact on that [music] for sure. The band runs alongside our real life and it has done for such a long time that it would be quite, quite awful to think that it didn't do that.

As I get older the bands I admire more and more are the survivors who toughed it out but aren't phoning it in.
You've got to keep hammering away at it. I don't think it's beneficial for bands to suddenly think, 'Ok, we're going to take five years off or six years off and then hopefully come back and try and do an amazing album'. It doesn't work like that. You've got to keep on your toes. How we work as a band: we write the album, we record it, we release it and then we tour for two years or three years or whatever and then we start again. We've done that for the last 25 years! Maintaining that work ethic keeps you on your toes, keeps you fighting for it. We don't allow the rot to set in!

Are there still things on the wishlist?
It's a weird one. We still have as much passion for it as we always had. There are always new places to play as well. We haven't been everywhere. There are places you could play where all of a sudden it's like it was 1995 again. Suddenly you come 'round and everyone's enjoying the band as much as they ever did. And there's places [that] may drop off and then pick up again. It changes all the time, so it's never the same. We've got a passion for writing the songs as well so it all sort of works fine. We just keep doing what we do. It's not like we're thinking about being Number One in the hit parade! Those aren't the goals we really have.

But how nice to be able to say that 32 years into your career the world is still your oyster.
We just need the lockdown to **** *** and then we can get out there again!

Obsidian is out now on Nuclear Blast