The Alfie actor (47) is already the father of five children, Iris, Rafferty, Sophia, Rudy and Ada.

He had Ada with Tipperary born singer Catherine Harding, who goes by the stage name Cat Cavelli, and previously featured on RTE talent show You're a Star and more recently on The Voice UK.

She shines as a performer (and not just because of those fab sequins) ✨ @cat_cavelli_ takes her place in the Knockouts!#TheVoiceUK pic.twitter.com/Get0M3cuIR

Law broke up with Harding before Ada was born.

This time last year, Law and Coan married in a "surprise ceremony" at Old Marylebone Town Hall in central London with close family in attendance at the "low key" event.

Law and Coan (33) were together for three years before they married. Law was previously married to fellow actor Sadie Frost and they have three children together. The couple divorced in 2003. 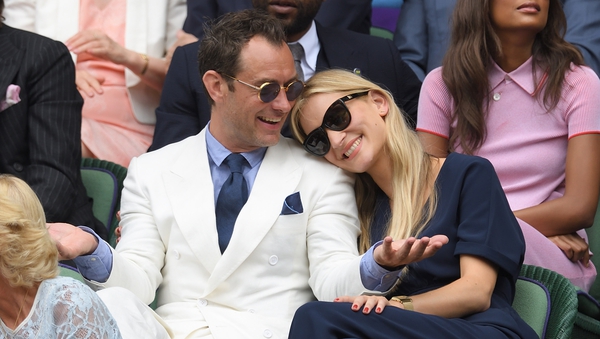