David Arquette is set to reprise his iconic role as Deputy Dewey Riley in the new Scream movie.

The 48-year-old actor has confirmed he will once again take on the part of the good-hearted cop in the upcoming movie, another instalment in the series, which started with the 1996 horror film.

In a statement, he said: ''I am thrilled to be playing Dewey again and to reunite with my 'Scream' family, old and new.

'''Scream' has been such a big part of my life, and for both the fans and myself, I look forward to honouring Wes Craven's legacy.'' 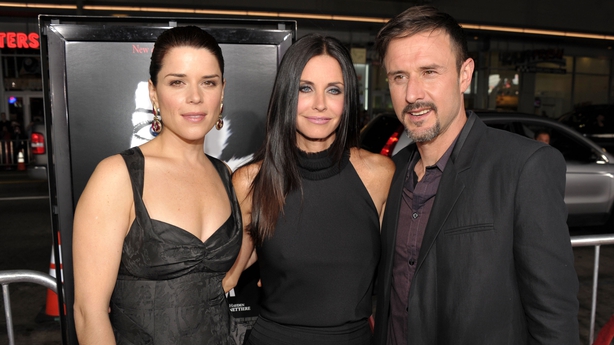 Arquette previously admitted he'd love to return to the horror franchise as cop Dewey Riley but said he ''didn't know'' just yet.

''I don't know. Who knows, what are they gonna do? Is it a whole new franchise? Are they going to bring back some [characters]. Oh it would be exciting! I love playing Dewey so I would always love to be a part of it," he said.

While plot details for the new Scream film are under wraps, we do know that directors Matthew Bettinelli-Olpin and Tyler Gillett are helming the reboot from a script by James Vanderbilt and Guy Busick.

The most recent entry in the slasher franchise, Scream 4, which also starred Courteney Cox and Neve Campbell, was released in 2011.