Steve Martin has revealed that it was "by coincidence" that he was cast alongside Martin Short in the much-loved movie Father of the Bride.

The 74-year-old actor had previously starred in Three Amigos with the fellow actor and funnyman before starring in the 1991 comedy, and Martin says that they were reunited by sheer luck.

Speaking to Empire magazine, Martin said: ''We worked together on Father of the Bride by coincidence, and they did a sequel.

''But that was just us put together. Through those time you're glad that your other friend is on the movie."

Short joked: ''And I said, 'Michael Keaton's not available? Then that's good.'''

Martin continued: ''And we ended up doing a sequel, and we were very happy.''

The dynamic duo also opened up about how Short's character in the movie, wedding coordinator Franck Eggelhoffer, ended up with a hilarious French accent.

Short, 70, recalled: ''I remember we didn't quite know that character would work in a realistic movie, let's say.

''So we would do many variations of Franck. I remember doing a take in my office when I first meet them, and Steve said, 'Well now I completely understand him, so I don't get it.'

''The idea was it symbolised the father's alienation from the wedding, that the mother and daughter totally understood this guy, and he was left in the dark. 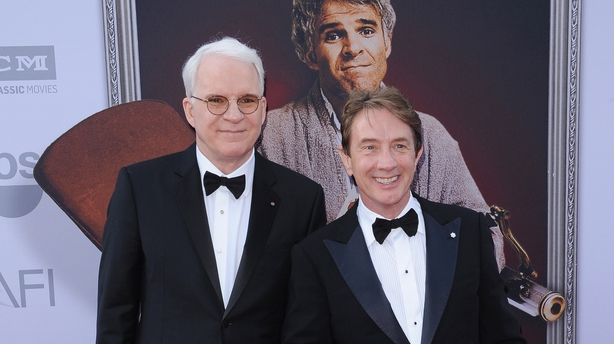 Martin added: ''When he started talking I thought, 'Oh, this is a problem because I can't understand him'. But that was really what the role was about.''