Christy Dignam has said he will "never forget the pain" of his father's death from Covid-19.

The Aslan singer appeared on Friday night’s Late Late Show and gave a moving tribute to his father Christy Dignam Snr, who passed away earlier this month.

Wakes and large gatherings are currently restricted due to the coronavirus and Dignam spoke about the lack of closure given to loved ones of people who have died.

"I'll never forget the pain of it, just that thing that you never see him again or never see his face again."

.@OfficialAslan’s frontman Christy Dignam speaks to Ryan about the recent passing of his beloved father due to Covid-19. #LateLate pic.twitter.com/z5Ud4zzXlE

"When I got the phone call that he passed away the first thing that came into my head was 'I’ll never see his face again’," Dignam told host Ryan Tubridy.

"I really understood about Irish funerals then. The reason we have the wake is to give you some kind of closure. And we didn’t have that."

He added that only nine people were allowed to attend his father’s funeral, despite him having eight children, 11 grandchildren and 12 great-grandchildren.

Mr Dignam Snr had dementia and was being cared for in a nursing home, and his son recalled the heartbreak of him not being able to grasp the reason why he was no longer receiving visitors in the same way.

"A week before he passed away, I got on the phone to him and he said, ‘Why are you not coming to visit me? Nobody is coming up to see me’. I tried to explain to him but he couldn’t grasp the concept. That was really heartbreaking," he recalled.

A huge comfort to the singer came however when his father greeted him from a window.

"He came up to the window and waved to us. That moment was amazing. The nurse told us that about two hours later he lay down and that was it. It was like he said goodbye to us then," he said. 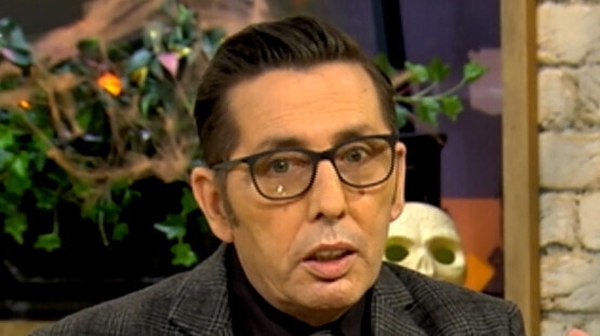