Keith Duffy and Brian McFadden have enlisted the services of the UK's Royal Philharmonic Orchestra for their debut album as Boyzlife, With Strings Attached.

The album of the duo's favourites is out on July 17 and is preceded by their new single, a re-recording of Boyzone hit No Matter What.

"To now go back in and re-record them, singing the lead vocals and then getting the opportunity to sing with an orchestra was an amazing experience all round," Boyzone's Duffy told the Press Association.

"For us, the most exciting part was to work with the Royal Philharmonic Orchestra.

"To take these songs that we have been singing for over 20 years and to re-imagine them with such an incredible live orchestra - it's been the most exciting album I have ever been involved in.

"When you bring out an album of original songs, you always have that feeling in your stomach where you're wondering how the fans are going to receive the new songs, whereas this is really different for us as the fans already know these songs.

"They've heard them all before, known them for years, so it's almost more exciting for us to see what reaction we get from the fans because they've obviously been in love with these songs for a long time. So here's hoping they enjoy listening to it as much as we enjoyed recording it." 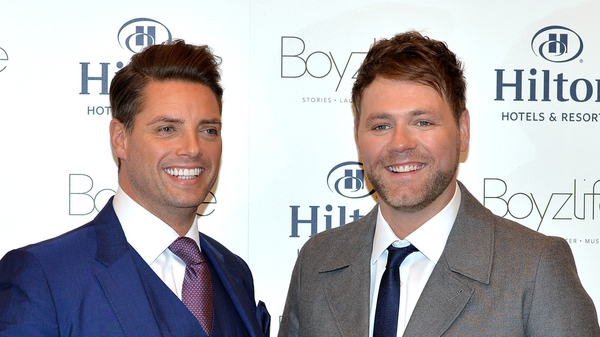