Peaky Blinders star Charlene McKenna has told RTÉ Radio 1's Ray D'Arcy Show that although her wedding plans have gone "belly up" due to the Covid-19 emergency, it is "nothing in comparison to what other people are going through".

"So if anybody's a magic ball and can let me know when we can get married that would be great," she told the host.

"I very kindly had all the producers of Peaky Blinders working around me, which was amazing because they've a lot bigger stars to work around than me," she continued.

"Everybody was being amazing and I had loads of actor friends who had put it into their contracts that they had to be with us.

"It's been a bit of upheaval but nothing in comparison to what people are going through. You have only moments you cry and then you cop yourself on and get on with it."

McKenna and Rothenberg are back home with her family in Co Monaghan, with the "Honorary Irishman" helping her on her brother's farm.

"He got his work trousers out of Lidl and he's officially an Irish labourer," she said.

McKenna's breakthrough series Pure Mule, which first aired on RTÉ in 2005, will be shown again on RTÉ2 from this Thursday, May 7, at 10:30pm. The series is available now on the RTÉ Player. 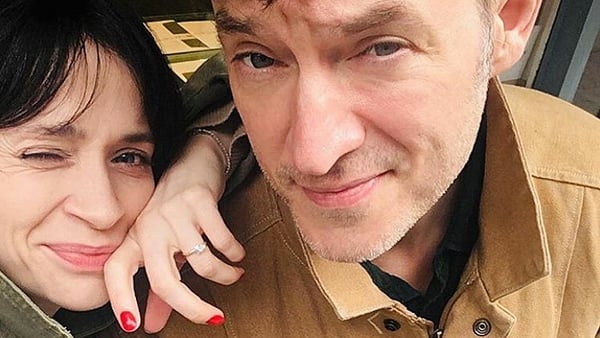