Justin Bieber has said he had issues with ''jealousy'' before marrying Hailey Bieber, which he admitted he needed to work on before the pair walked down the aisle in 2018.

The 26-year-old said his now wife made him realise what his downfalls were, and encouraged him to explore his ''insecurities'' and ''forgiveness'' before tying the knot.

Speaking to on the first episode of their Facebook Watch series, The Biebers on Watch, Bieber said: ''There's a lot of things that I needed to work on. Forgiveness things. Jealousy things. Insecurities that I needed to - that I didn't even realise I had until I chose to spend my life with you.

''I realise there was a lot of things - blind spots - in my life that I didn't realise I had.

The couple had previously enjoyed a brief romance before parting ways in 2016, and Hailey reckons their time apart was the ''best thing'' for the future of their relationship.

''I think it actually, when I looked back on it, it was the best thing that we took time apart and had time to do our own thing and I felt like I found my footing just as - in my career and on my own and as a young adult. By the time that we got back together I just felt like ... I knew what I wanted," the 23-year-old said. 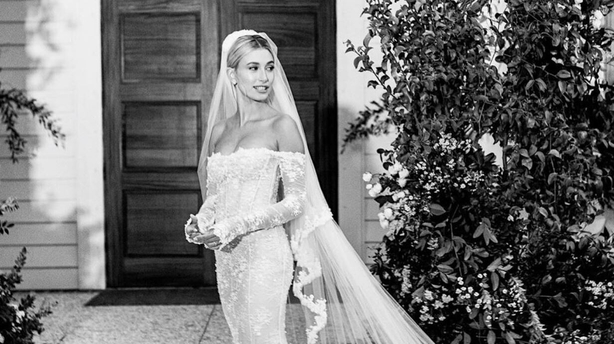 ''I cared about you so much that I was like, 'It doesn't even matter to me if he's in my life in like a romantic way. I just care about him so much that I want him to - I want us to be in each other's lives and that be okay.' ''

Hailey previously said her wedding day to Bieber was the "most special day of my life".