Louis Theroux live tweets and meets Joe Exotic, Rory Cowan goes back to Ballyer on Keys to My Life, there's Bottler and Matthew Bourne, as well as loads of great movies . . .

This is actually a repeat - but fans of Netflix series Tiger King in particular should find it fascinating.

Louis Theroux travels stateside to meet people who give house space to animals normally found in Africa and Asia, including big cats and dangerous primates.

Among the owners he meets is Joe Exotic (yep, the one and the same), a policeman-turned-animal rescuer who has bred and collected more than 150 tigers, and Connie Casey, who shares her home with her `family' of 20 chimpanzees.

The programme includes a special introduction from Louis Theroux, who is live-tweeting tonight in tandem with the episode using #watchwithlouis.

For the first time in more than 50 years, actor Rory Cowan goes back to the Ballyfermot two-bedroom house that shaped his happy early childhood. 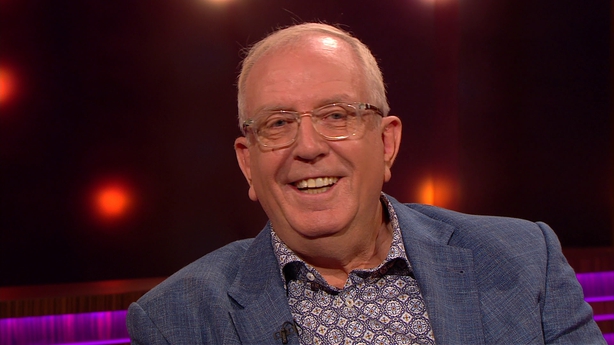 Bradley Walsh presents as four celebrity contestants pit their wits against ruthless quiz genius the Chaser in the hope of winning a serious prize pot.

They must work as a team and play strategically to answer general knowledge questions against the clock and race down the game board to the exit without being caught.

Lioness Kali has broken the golden rule of family life by having cubs with an outsider, and when she tries to bring the young ones home she is forced into exile.

Passionate baboon Bakari starts a deep and jealous rivalry after the female he was devoted to is stolen away by the new leader of the troop, and teenage elephant Tembo feels sidelines when his mother gives birth to a new baby.

In this Swedish drama series, a family wedding at Christmas is disrupted for psychologist and criminal profiler Inger Johanne Vik when her eldest daughter Stina unwittingly becomes a witness to a murder.

With a killer out to get her, Stina's only hope of survival seems to lie with her mother, who is drawn into a police investigation into a serious of brutal killings.

The English-Australian, award-winning film critic David Stratton tells the story of Australian movie-making, focusing on the films that capture this idiosyncratic nation with drama, emotion and humour.

Following last week’s final, the five teams are reunited and look back on their journey, recalling the highs and lows, and sharing memories of the people who helped along the way.

They also reveal what their first impressions of each other were, and how those views were changed by the challenges they all had to face.

Documentary looking back over the career of the Dublin-born comedian, actor and singer, who was in the entertainment business for more than 50 years, before his death in July 2019.

The first-ever episode of the comedy about a New Zealand folk duo trying to make it big in New York.

The Conchords go to a party at a friend's house, where Jemaine meets the beautiful Sally - little realising she is Bret's ex-girlfriend.

Zizi Strallen and Chris Trenfield star in a 2015 production from London's Sadler's Wells of Matthew Bourne's dance show set in 1960s America and loosely based on Bizet's Carmen.

The arrival of a handsome stranger sends the inhabitants of a small town into a frenzy of lust, greed, betrayal and revenge.

Sense and Sensibility, 3.10pm, RTÉ One

An impoverished family is taken in by a relative - and while sensible elder daughter Elinor's love for the sensitive Edward Ferrars meets with disapproval from his family, her more passionate younger sister Marianne engages in a disastrous romance with an infamous womaniser.

A naive woman accompanies an older cousin on a trip to Florence, where she falls in love with a forward-thinking man.

She is forced to cut short the romance and return to a loveless engagement in England, where the object of her affection makes an unexpected appearance.

A lonely divorcee visits a London department store to find a dress. However, during a busy winter sales period her ideal, yet cursed red gown, passes from person to person, with devastating consequences.

A Confederate soldier refuses to surrender at the end of the Civil War, and is branded a dangerous outlaw.

Crossing America in search of sanctuary from the army and bounty hunters, he only wants solitude - but ends up with a strange assortment of travelling companions.

Brad Pitt, Robert De Niro, Dustin Hoffman, Kevin Bacon, Jason Patric and Minnie Driver star in this drama about four teenagers sentenced to reform school after a prank results in the accidental death of an old man, and suffer sexual abuse at the hands of the guards.

Years later, when the boys have grown up and begun to follow very different professions, a chance encounter with one of their abusers inspires them to plot revenge.

After being abducted by a kidnapper with multiple personalities, three young women are soon engaged in a fight for survival.

Meanwhile, an oblivious psychiatrist tries to ease her patient's fractured mind as a 24th character with apparent superhuman abilities attempts to dominate his body.

Biopic of James Brown, examining key moments in the soul singer's life, from his impoverished childhood in South Carolina to his rise to become one of the most influential figures in music history.

The younger son of George V struggles to cope with an uncontrollable stammer, prompting his wife to enlist the aid of an eccentric Australian speech therapist.

The support and friendship of the doctor prove invaluable when a crisis places the repressed prince on the throne, just as the outbreak of World War II leaves the UK seeking a strong king.

Comedy drama that made a superstar out of Robin Williams, which also stars Forest Whitaker and Bruno Kirby.

A fast-talking US Army disc jockey is sent to entertain the GIs in 1960s Saigon, but he enrages the military top brass by blasting the airwaves with his irreverent and controversial view of the conflict in South-East Asia.