The acclaimed true story thriller Maze will air on RTÉ One on Saturday at 9:30pm.

The film, which stars Tom Vaughan-Lawlor and Barry Ward, is based on the true story of the mass escape of 38 IRA prisoners from HMP Maze near Belfast in September 1983. One prison officer died from a heart attack after being stabbed and another was seriously injured in the breakout.

Love/Hate's Vaughan-Lawlor portrays one of the masterminds of the escape, the late IRA member Larry Marley, in the film, which also stars Jimmy's Hall actor Ward as fictional prison officer Gordon Close.

Speaking to RTÉ Entertainment at the time of the film's release in September 2017, Vaughan-Lawlor said he felt "huge pressure" in his portrayal of a Republican prisoner.

When asked by RTÉ Entertainment if the film was one of the most difficult of his career, Vaughan-Lawlor said he had been challenged in a number of ways by the role.

"I found pressure in terms of being from Dublin, not from Belfast," he said. "Pressure to be as informed as I could be about the subject and be able to talk about the film and be as educated about the conflict [as possible].

"Also, on a basic level, on a technical level, things like accents, things like physicality - making sure you could get as close as you could to those.

"So it was huge pressure and also, because Ireland's a very small island, and the conflict is still so present..."

On the subject of what he hoped viewers would take from Maze, Vaughan-Lawlor said: "I think it's about a universality - a universality of conflict resolution, which can only be through dialogue and through people being in a room speaking. And intimacy. And listening - that's what I took from it." 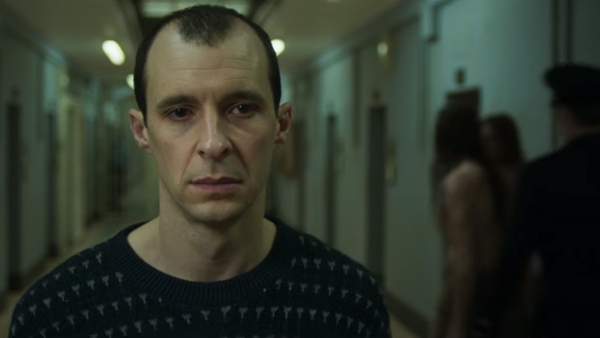