Nicola Roberts has opened up about needing a year of therapy to ''save'' herself after being stalked by an ex-boyfriend.

The 34-year-old singer recalled how she struggled in the aftermath of being harassed by a former partner, who was given a 15-month suspended prison sentence in 2017 after he admitted the offence.

Speaking to Laura Whitmore on the Castaway podcast, the former Girls Aloud star admitted after sticking with treatment for a year, she never felt more confident.

''You've got to be your own best friend," she said.

''I had a year of therapy and I swear to God, I went in that with a certain level of self-love, but not enough to keep me out of bad relationships, not enough to try and save people who were toxic for me, not enough to recognise when something was bad, to walk away.

''But, I left that year with the most almighty amount of self-love and self-respect - and that comes before everything, every relationship, every friendship, everything and your relationship with yourself.'' 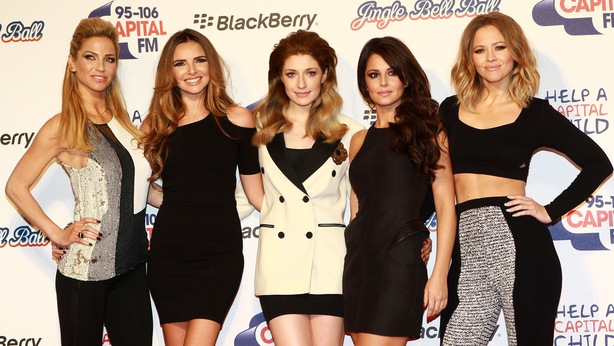 Roberts also opened up about negative attention she received when she won a place in Girls Aloud on : The Popstars Rivals in 2002 and thinks trolls were ''frustrated'' because she didn't look like a ''typical pop star''.

"You're just kind of put in front of a nation of people you know and it's like you've gone from zero opinions to a nation of opinions. That's a really odd thing.

''People used to say, 'Oh did you get picked on for red hair', no way! That was my superpower my whole life! I was really proud of it. It just wasn't even a thought."

''People were more frustrated that I was in that position, but I didn't look how I was supposed to look and that is a massive eye-opener for society, I think.

''That is a massive eye-opener for people to look in themselves and think, 'Am I frustrated that she doesn't look like a typical popstar? Why does that anger me?' ''