Coronation Street will say goodbye to a much-loved character next week.

Next Wednesday's episode sees Emma rushing Eccles to the vet, where it is discovered that the Border Terrier has an inoperable tumour.

Soon, Ken, Tracy, Steve and Amy arrive - but are they too late to say goodbye? 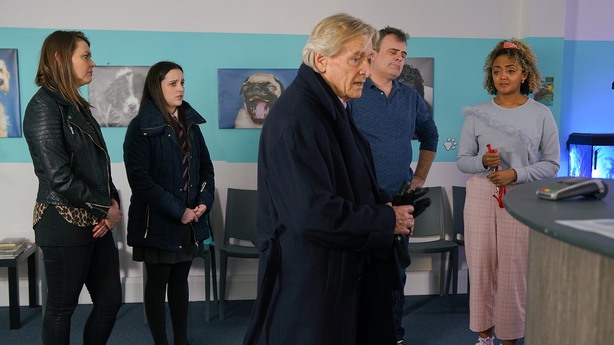 Eccles - a fan favourite played by a number of dogs since 2006 - was left to Ken by his late mother-in-law Blanche and accompanied the Weatherfield mainstay on many of his (mis)adventures  over the years.