The full trailer for the television adaptation of Sally Rooney's bestseller Normal People has been released, ahead of the relationship drama series airing on RTÉ this spring.

The 12-part series stars Kildare actor Paul Mescal (The Lieutenant of Inishmore) as Connell, alongside British actress Daisy Edgar Jones (Cold Feet, War of the Worlds), who takes on the role of Marianne.

The series follows two young people navigating adulthood in contemporary Ireland, and their complicated relationship from the end of their school days in Sligo to their undergraduate years at Trinity College.

Normal People has been directed by the Oscar-nominated film-maker Lenny Abrahamson (Adam & Paul, Room) and the English director Hettie Macdonald (Howard's End). The series was filmed in Dublin, Sligo, Sweden and Italy.

Normal People is produced by Dublin company Element Pictures for BBC Three and Hulu in association with Screen Ireland. 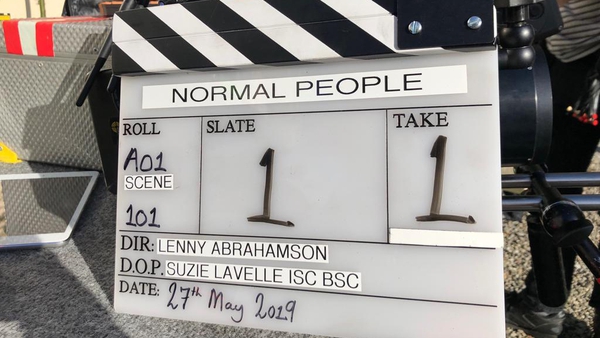