Elton John has postponed tour dates due and is enjoying time at home with his husband David Furnish and sons Zachary, 9, and Elijah, 7.

The musician didn't envisage tour dates before the summer. "And so people are going to take solace in music," he told Apple Music's Zane Lowe.

"To be honest with you, it's great to be able to spend this much time with my boys because normally I don't, even though they've been on the road with us since November in Australia and New Zealand. This is 24/7 with them and it's fantastic."

Elton acknowledged that his attitude might change if lockdown lasts too long.

"I mean I'm saying that after a week, check on me in about three weeks," he remarked.
The globe-trotting entertainer suggestedd that the pandemic will see people get closer, making them less "selfish" in the months to come.

"This is a different situation than anything that's happened before. So you have to be very careful. Stick with your family.

The singer-songwriter was obliged to postpone a concert in Indianapolis last October due to illness. 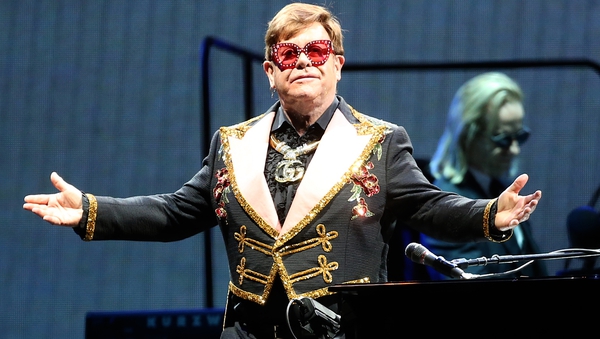