Vogue Williams has said she "isn't obsessing" over her second pregnancy as her son is keeping her so busy.

The 34-year-old welcomed her son Theodore, her first child with husband Spencer Matthews, 18 months ago and the couple recently announced they are expecting baby number two.

"I guess it's because I have Theodore running around. Someone the other day said, 'Send me a picture of your bump' and I thought, 'I don't even have one' whereas last time I had an update almost every day," Vogue said on ITV’s Lorraine.

"This time, it's kind of nicer because I'm not obsessing over being pregnant. It's nice to spend time with Theodore and he's constantly needing attention, so it doesn't give me that much time to think about being pregnant."

Vogue added that she doesn’t think Theodore will be jealous of his little sister when she arrives.

"He does love little babies because my friends have had some recently and he does go over, but he loves Winston [the dog] sometimes and the odd time he'll give Winnie a dig," she said. 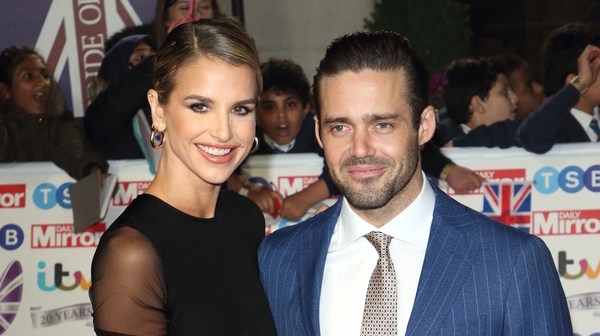