Tributes have been pouring in for the late country music icon Kenny Rogers, who has died at the age of 81.

Dolly Parton, who collaborated with Rogers on Islands In The Stream, posted a video on Twitter expressing her sadness that her "friend and singing partner" had died.

"You never know how much you love somebody until they're gone," Parton said.

"I've had so many wonderful years and wonderful times with my friend Kenny, but above all the music and the success I loved him as a wonderful man and a true friend."

You never know how much you love somebody until they're gone. I’ve had so many wonderful years and wonderful times with my friend Kenny, but above all the music and the success I loved him as a wonderful man and a true friend. pic.twitter.com/hIQLIvt8pr

The Grammys official Twitter led the tributes, saying they are "forever grateful" to Rogers.

#KennyRogers was a Country Music Legend who inspired so many through his work. We are forever grateful to the three-time GRAMMY Award winner for everything he gave music

Boy George thanked Rogers in his tribute, remembering a time when he played Islands In The Stream for the late George Michael.

Thanks Kenny Rogers. R.I.P. I played this 45 in the chill out room at a rave called Pushca and George Michael was swinging to it. Fond memories! https://t.co/gdZysC8xC5

The Golden Globes hailed him as an "icon" and Piers Morgan labelled him "one of the all-time great country music stars and an utterly charming man."

George Takei said his "voice will be missed."

Thank you for the tunes, Kenny Rogers. Your voice will be missed by those of us still here at the table. https://t.co/1cH3NVbLdr

Matt Lucas sent a simple tweet of thanks for Rogers "beautiful music".

Thank you Kenny Rogers for your beautiful music

Farewell to "The Gambler".
Rest In Peace Kenny Rogers #RIPKennyRogershttps://t.co/v8tXDqPD1F

Very sorry to learn of the passing of country music legend Kenny Rogers. There are so many Rogers clasics that I still know by heart - The Gambler, Lucille, Daytime Friends and Nighttime Lovers (my personal favorite) to name just a few.#RIPKennyRogershttps://t.co/tcgXgZvLr4

I was on an episode of Reno 911! where I played a crazed stalker who shoots Kenny Rogers. The cast loved him, he told great stories, and was a joy to be around. And "The Gambler" is a truly great song. #RIPKennyRogers

I know it's part of life but it doesn't make it any easier, first my friend Glen Campbell now Kenny Rogers, A sad lose for me and many fans. RIP Kenny. A good man. A good friend.

You've got to know when to hold 'em, Know when to fold 'em - Kenny Rogers#RIPKenny pic.twitter.com/s5MFyiMk1K 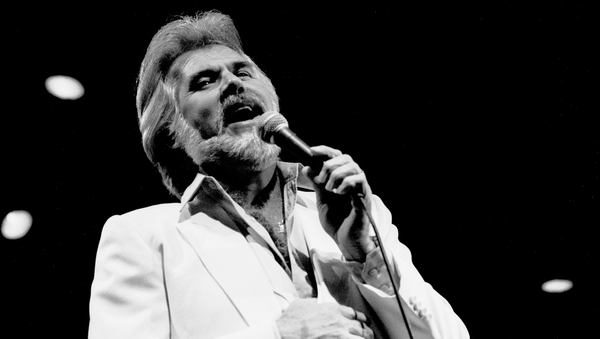