Lesley Roy, who was set to represent Ireland at this year's Eurovision, has said she is "devastated" over the cancellation of the completion due to the Covid-19 pandemic.

Speaking on 2FM Breakfast with Doireann and Eoghan on Thursday, Roy, whose song Story of My Life had received widespread praise across Europe, said: "Ah look, I am devastated, lads. Honestly, I was so excited to represent Ireland, and I thought we had a banger of a song and such an amazing new team and we would have brought something really special to Rotterdam."

"Look, this is what is happening in the world; we are all affected by this. As bad as it is, we have to just try and, I don't know, just pick ourselves up somehow from it."

"I still don't know what's going to happen next year," she explained.

"Some countries have said they are putting the same song/artist in next year. But I don't know what is happening. I am so passionate about this project and so devastated, but I will gladly spend the next six months writing a new song for next year."

Roy, who has written songs for several well-known performers including Adam Lambert and Miss Montreal added: "I have had ups and downs like many artists. Ironically, this song is exactly about what is happening right now.

"You get so far and you get to touch something and then it kind of falls apart by the wayside. The song makes even more sense now that the show is being cancelled."

On Wednesday The European Broadcasting Union said they had taken the "difficult decision" to call off this year's contest, which was due to take place in Rotterdam in May, and that it was one made with "deep regret".

An official statement from the European Broadcasting Union on the #Eurovision Song Contest 2020. pic.twitter.com/b3h7akxvpF 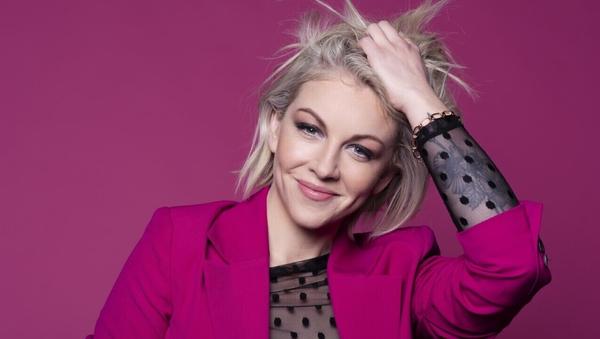 Story Of My Life our song for Irish Eurovision glory