If you're going to spend a lot of time between now and Sunday on the sofa, here are some telly tips to keep your remote good and busy . . .

It's the penultimate show of what's arguably been the best season of DWTS so far and there's nothing to choose between the remaining contestants: Lottie Ryan, Aidan Fogarty, Grainne Gallanagh and Ryan Andrews.

As usual, Jennifer Zamparelli and Nicky Byrne co-host the show, with judges Brian Redmond, Loraine Barry and Julian Benson marking the four remaining pairs before one is eliminated in the dance-off.

To ease some financial pressure, they've decided to take in a lodger.Enter Ray - a former world-class synchronised swimmer, whose arrival with a Volvo full of baggage commences a modern-day love story that will change the trio’s lives - and how they view relationships - forever. 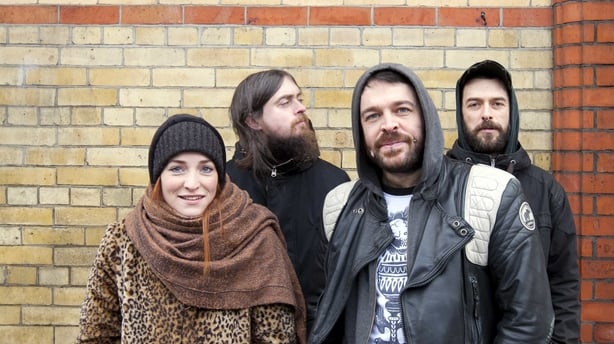 Highlights of the music awards celebrating the best in Irish music, held in Vicar Street, Dublin, where artists up for best album include Fontaines DC, Girl Band, Lankum (above) and Soak.

The show will also feature a stellar line-up of hilarious sketches including Line of Duty and a parody of Killing Eve.

It's the second season of the powerful crime thriller from Sweden in which a detective works with police informants in criminal organisations.

Detective Hanna Svensson is looking for the officer who is leaking information and in her hunt for the truth, and she's prepared to be as ruthless as ever with the lives of other people.

When another classmate is killed, a new investigation ensues. The students look toward their future, while the consequences of the past haunt them.

Women of the Night, from Friday, Netflix

Haunted by a shadowy past, the wife of a rising star in Amsterdam's mayoral office finds herself drawn into the city's underworld of sex and drugs.

Amy Ryan and Gabriel Byrne star in this tale of a mother's quest to find her missing daughter, which uncovers a wave of unsolved murders in this drama based on a true story. 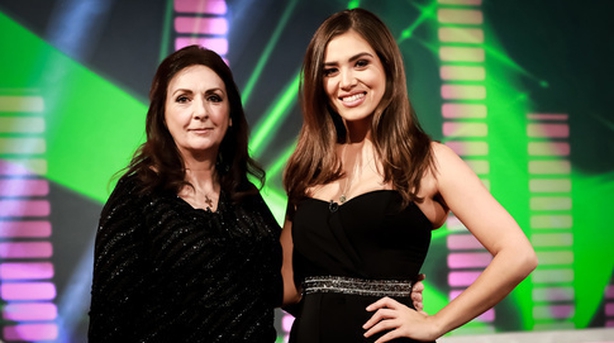 In the finale, the four remaining families take to the stage for the last time, as the search for Ireland's most talented family concludes.

Gillian (Nicola Walker, pictured) is pushed to breaking point at the farm, and Caroline finds herself at the heart of an unlikely love triangle.

His bold disregard for tradition, his clarity of vision, his relentless drive and constant thirst for new experiences made him an inspiring collaborator to fellow musicians and a cultural icon to generations of listeners.

It made him an innovator in music - from bebop to cool jazz, modern quintets, orchestral music, jazz fusion, rock 'n’ roll and even hip-hop.

The story of Simba the lion cub is brought to life in a way never seen before, with the whole African Savannah, and all the life it teems with, recreated with photo realistic accuracy.

This hard-hitting historical epic covers the turbulent time after William Wallace's uprising, as Robert crowns himself King and takes the ambition of Scotland’s freedom as his own.

John Krasinski directs and stars with Emily Blunt in this tense horror about a family struggling to survive post-apocalypse in a world populated by aliens who can't see but can hear even the slightest whimper.

Something big has happened, a global disaster of some kind and now the tattered remains of civilisation are being stalked by extra-terrestrial monsters who are ravenously hungry and looking for prey.

And they're quite keen on humans as a meal.

Widely regarded as the greatest-ever sitcom (which it is), Seinfeld fell foul to terrible scheduling on this side of the Atlantic, but became a cult classic. In the USA it's treated with justifiable reverence.

These first seven seasons – up until co-creator Larry David left – are basically incomparable. If you happy to get stuck at home for the foreseeable future, this show will keep you grinning through it all.