Laura Whitmore initially "ignored" Caroline Flack's death because she thought it was "fake news" on Twitter.

The 34-year-old, who replaced Flack as Love Island host, opened up about the moment she discovered the popular TV presenter had died during an appearance on Kate Thornton's White Wine Question Time podcast.

Flack was found dead at her east London home last month, having taken her own life aged 40.

Whitmore said: "I found out about Caroline on the Saturday and I found out in a way I wish I didn't.

"It was something on Twitter that someone had tweeted initially that I disregarded because there's always so much stuff."

"There are so many things that would be said about Caroline that you wouldn't take everything as truth, so I kind of ignored it." 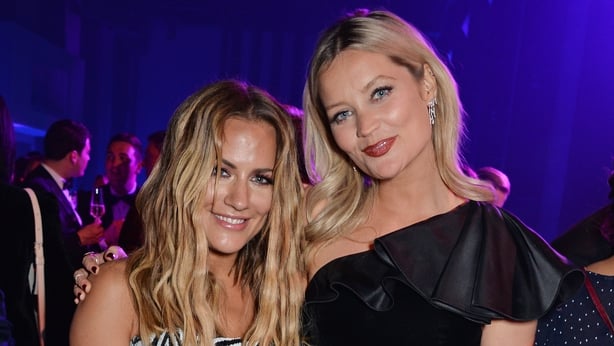 Whitmore later received a phone call from a friend who was "being weird" and told her to come home immediately.

Holding back tears, she added: "Then I did that thing, which I wish I didn't. I went on Twitter and you see different things and different people posting things.

"I can't really remember what happened after that. We live in a world where we find out our news on social media and we don't know what is right and what is wrong - there is fake news.

"It wasn't the way that you think you would find out a friend had passed away, so I just got home as quick as I could and that's when I came in to my friend and she said it was true."

Whitmore said her first thought had been for her boyfriend, Love Island narrator Iain Stirling, who was enjoying a day off work in South Africa.

She added: "I just wanted him to get to a safe space, if that makes sense? Not to be exposed because everyone wants to see what your reaction is."