Sinéad O'Connor is among the artists, activists and politicians on TIME magazine's 100 Women of the Year, celebrating "100 women who defined the last century" and "who were often overshadowed".

O'Connor is chosen for the year 1992, with Irish-American actor-director Olivia Wilde paying tribute to her. 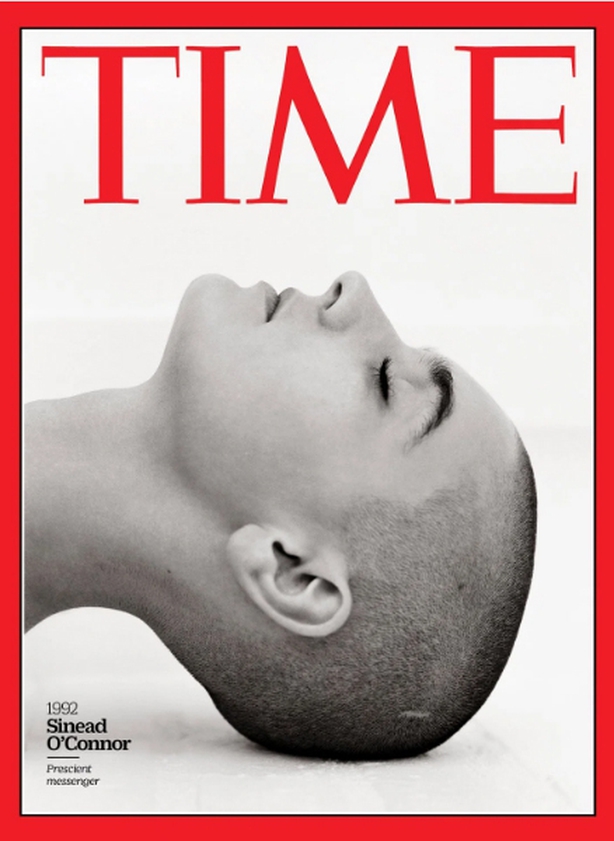 "A few weeks later, she revealed that as a teen she had suffered abuse at the hands of the Catholic Church. She was still widely condemned—and her career took a significant blow. In 2010, O'Connor offered an explanation: 'I wanted to force a conversation where there was a need for one; that is part of being an artist'."

"Today, entertainers often speak out about their personal experiences; back then, it was less common," Wilde continues. "As an Irishwoman, O'Connor was aware of the danger of criticizing a powerful entity like the church. She took that risk in order to publicly demand justice for children who were sexually abused by members of the clergy. Nine years after her performance, Pope John Paul II acknowledged and apologized for the church's long history of sexual abuse.

"In recent years, O'Connor has been vocal about her mental-health struggles, once again laying herself bare for the world. She remains an example of the power of provoking necessary, if unpopular, conversations—and the courage it takes to do so."