Ryan Tubridy has revealed more about the Late Late Show going on the road next month, telling his RTÉ Radio 1 listeners that he will announce the location of the Late Late's home away from home on Thursday.

On Friday night's Late Late, Tubridy told the audience that the show would "pack up the whole kit and kaboodle and broadcast live" for the St Patrick's Weekend celebrations from "somewhere in Ireland".

On Monday on his RTÉ Radio 1 show, he added: "So we have a plan. And it's going to be happening very soon. And we're going to be visiting a place where some of you might be living and listening this morning.

"I can't say just yet, but I will be able to tell you in the next couple of days. Wednesday probably morning on this show.

"The reason we're so excited is there's just so much more fun about taking the show on the road and doing a big, big Irish Late Late Special. We're looking forward to it no end. I'll tell you about that on Wednesday."

RTÉ Entertainment has since learned that Tubridy will reveal all on his show this Thursday - keeping listeners in suspense for an extra day.

Although Tubridy presented a Late Late from London in October 2018, next month's show will be the first time he has "presented the Late Late Show outside RTÉ in Ireland". 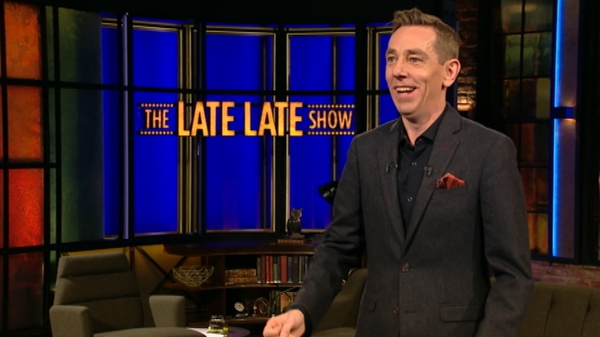