Actress Imelda Staunton has called on women to reject requests to spin around on the red carpet for photographers and to wear dinner jackets.

The Vera Drake actress whose parents both emigrated from Mayo, her father from Ballyvary and her mother from Bohola was speaking to the Radio Times Magazine.

The 64-year-old BAFTA winning actress said that it would be refreshing if when photographers shout out, "Turn around! Turn around! Why don't you just say, 'No, I'm not gonna turn around, mate'."

She said that while she can understand that stars want to pose in their finery, it would be refreshing to see the red carpet handled differently.

The actress suggested: "I'd like them all to go in DJs (dinner jackets) one year, just to mess it up a bit. And there's always got to be a bum shot, hasn't there?"

Staunton also had a shout out to cinema and theatre goers who eat or use mobile phones during productions.

She explained: "A bloke came in with a big packet of Doritos and I just said to him, 'What are you doing? You can't eat those. You either eat them now before the film or afterwards'. 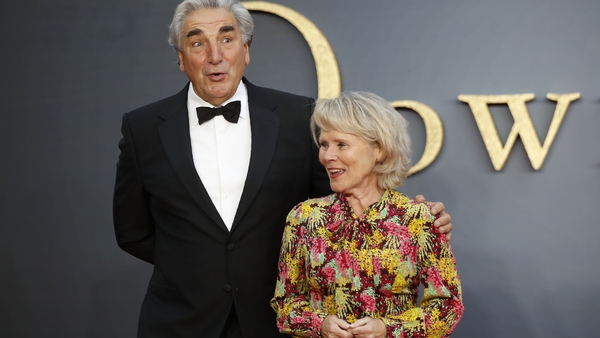 Staunton feels 'at a par' with husband in Downton movie