An emotional Maura Higgins was eliminated from ITV's Dancing on Ice on Sunday night.

The former Love Island contestant was in tears as she was sent home. She and professional skating partner Alexander Demetriou lost out to Paralympic sprinter Libby Clegg and partner Mark Hanretty in the skate-off.

"I really did want to stay," Higgins said.

The judges were divided on the elimination: John Barrowman and Ashley Banjo voted to keep Higgins and Demetriou in the competition, while Jayne Torvill and Christopher Dean chose to save Clegg and Hanretty. As head judge, Dean had the deciding vote.

Professional skater Demetriou paid tribute to Higgins, describing her as "one of the greatest women" he has met.

Dancing on Ice began with a tribute to the late broadcaster Caroline Flack, whose death was announced on Saturday.

"We wanted to say that our hearts go out to her family and friends."

Co-host Holly Willoughby added: "Many of us here on the show knew Caroline as a friend and we will all miss her enormously.

"As Caroline herself recently posted, in a world where you can be anything, be kind."

During the show, contestant Joe Swash also paid tribute to his late friend and sent his love to her family.

Dancing on Ice continues on Virgin Media One and ITV next Sunday. 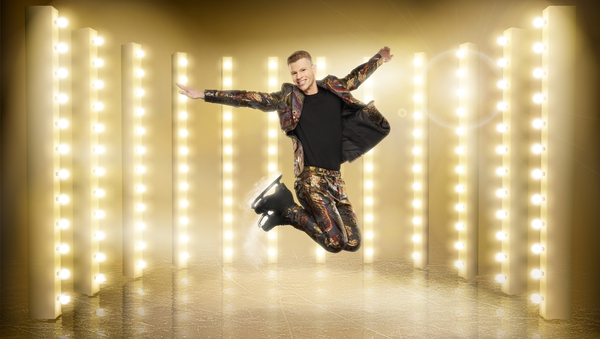 Hamish Gaman pulls out of tonight's Dancing on Ice