Billie Eilish has released the theme song for the new James Bond movie, No Time To Die.

18-year-old Eilish is the youngest artist ever to record a Bond song. Adele, Sam Smith, Madonna, Paul McCartney and Shirley Bassey have previously performed the title track in the long-running 007 franchise.

The new track, which features guitar legend Johnny Marr and orchestral arrangements by Hans Zimmer and Matt Dunkley, was released at midnight on Thursday and Bond fans have been listening intently to the lyrics to see if there are any hints to the plot of the latest movie, which is due in cinemas on April 2.

There has been speculation that the plot of No Time To Die will feature Bond's love interest from the last 007 outing, Spectre.

Eilish will perform the song live for the first time, accompanied by her brother Finneas, Zimmer and Marr, at The Brit Awards in London on February 18.

The pop star swept the four big categories at the Grammy Awards recently and performed a cover of the Beatles' Yesterday during the In Memoriam section of last Sunday's Oscars.

Fans are already saying that she may be in contention to win best original song at the Academy Awards next year. 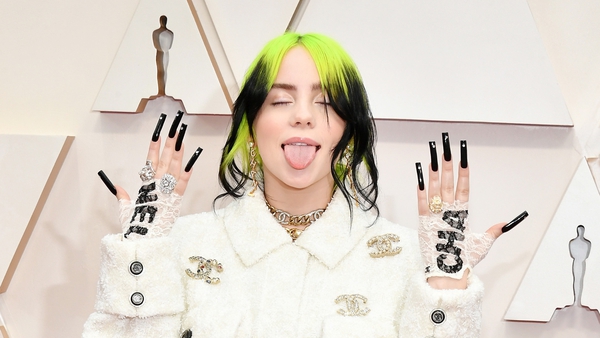