TV presenter Phillip Schofield's wife of 27 years has said she supports her husband and that "everyone should be proud to live their own truth." The 57-year-old revealed last week on the This Morning Show that he is gay.

Stephanie Lowe said: "Although this is difficult for us all, I support Phillip in this taking this brave step and I will still be there, holding his hand."

Lowe said: "I love Phillip, as much today as I ever have, and always will." She also praised her children saying: "At the same time, we've been awestruck by the strength and love of our precious girls, even as they've been trying to make sense of it all for themselves."

The presenter told The Sun On Sunday that his wife had known he was gay "for a while" and said she was "the kindest, sweetest soul I could have possibly met".

"Our family has also been so supportive and will help us going forward. Everyone should be proud to live their own truth."

The TV star, who has two adult daughters with his wife, said he did not know if his marriage would last, and declined to say if he was in a relationship with a man.

Schofield stunned viewers on Friday with his announcement on the This Morning.

"My inner conflict contrasts with an outside world that has changed so very much for the better.
"Today, quite rightly, being gay is a reason to celebrate and be proud.
"Yes, I am feeling pain and confusion, but that comes only from the hurt that I am causing to my family."

The final show of the week is usually hosted by Eamonn Holmes and Ruth Langsford, but Schofield and Willoughby appeared as guests.

Willoughby, 38, read out a statement from Schofield, revealing his years of struggling with being gay, including some "very dark moments". 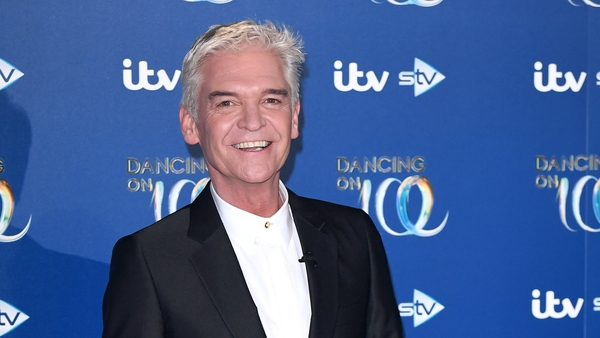