From cat puns to surprise performances, shock wins to making history, we've rounded up some of the best moments at this year's Oscars ceremony.

Eminem made a surprise performance on the Academy Awards Sunday night, coming out for a rousing rendition of Lose Yourself, his Oscar-winning hit from the 2002 film 8 Mile.

The music star, real name Marshall Bruce Mathers III, won the best original song prize at the Oscars in 2003 but he missed the event at the time.

Look, if you had another shot, another opportunity... Thanks for having me @TheAcademy. Sorry it took me 18 years to get here. pic.twitter.com/CmSw2hmcZo

Following his performance, he tweeted: "Look, if you had another shot, another opportunity... Thanks for having me @TheAcademy.

1917 won the Oscar for visual effects, which was presented by James Corden and Rebel Wilson in cat costumes.

The hilarious presenting duo poked fun at Tom Hooper's epic cat-astrophe, which they both starred in alongside Taylor Swift, Judi Dench and Jason Derulo.

Wilson quipped: "As cast members of the motion picture Cats...."

"Nobody more than us understands the importance of good visual effects," added Corden.

Cats was based on the musical of the same name by Andrew Lloyd Webber, and received no nominations at this year's Academy Awards. 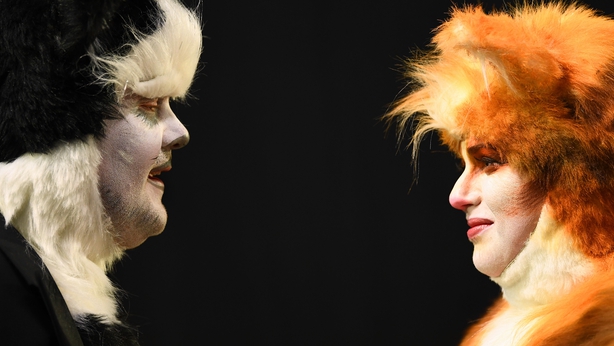 Laura Dern got an early birthday present as she won the Best Supporting Actress Oscar.

Her mother, the actress Diane Ladd, wiped away tears as she collected the trophy for playing a divorce lawyer in Marriage Story.

Dern paid tribute to her famous parents, saying: "Some say never meet your heroes but I say, if you're really blessed, you get them as your parents.

"I share this with my acting legends, Diane Ladd and Bruce Dern. You got game, I love you."

On a night when the acting wins went exactly as expected, leave it to South Korean class satire Parasite to steal the show, becoming the first foreign-language film to win Best Picture.

Chris Rock and Steve Martin mocked the lack of diversity at this year's Oscars as they raised the curtain on Hollywood's biggest night.

For a second successive year, the Academy Awards went hostless, instead relying on a small army of stars to keep things moving along.

Martin quipped that both he and Rock had hosted the ceremony before and that the opening gig was "such an incredible demotion".

The duo soon turned their attention to the lack of diversity among the nominees, including the absence of female filmmakers among the best director hopefuls.

The late American professional basketball player was remembered throughout the ceremony, with the first tribute of the night coming from the acceptance speech for best animated short film, Hair Love.

"This award is dedicated to Kobe Bryant. May we all have a second act as great as his was," director Matthew A. Cherry said. 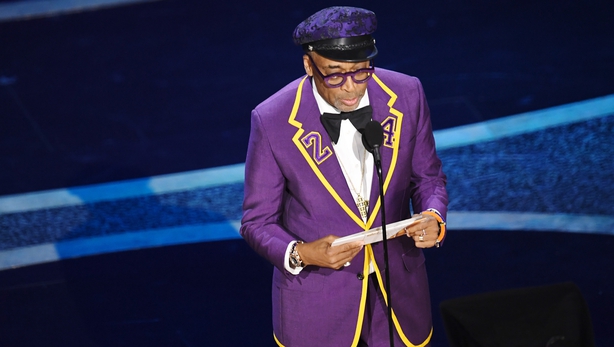 The annual In Memoriam tribute opened with a picture of Bryant beside his quote: "Life is too short to get bogged down and be discouraged. You have to keep moving. You have to keep going. Put one foot in front of the other, smile and just keep on rolling."