The shortlist for this year's RTÉ Choice Music Prize Irish Song of the Year 2019 has been announced, with ten songs in contention for the prestigious award.

The #RTEChoicePrize Song of the Year shortlist is here. Congrats to @Hozier@DermotKennedy@lankumdublin@thisislyra@lankumdublin@roisinmurphy@picturethis@SouleOfficial@westlifemusic@bandwildyouth
Listen and vote for your favourite here: https://t.co/O7xPM3nTwC pic.twitter.com/ICOqJKlC44

Nominees for the annual award, which is held in association with IMRO and IRMA, were announced on Wednesday's Tracy Clifford Show on RTÉ 2fm and the shortlist is as follows:

Picture This - One Night (UMG Recordings)

Listen to all ten songs and vote here.

Votes are limited to one per person per day and only votes cast in the Republic of Ireland will be counted. Voting closes at midnight on Sunday, March 1.

So excited to be up against Westlife in the RTÉ Choice Music Prize – Irish Song of The Year 2019.

Votes not limited to one per person...

The Irish Song of the Year award is part of the annual RTÉ Choice Music Prize, which is awarded to the best Irish album of the year.

To mark the unveiling of the new shortlist, RTÉ 2FM scheduled an All Irish Music All Day from 6.00am to midnight on Wednesday.

The winning song and album will be announced at the RTÉ Choice Music Prize live event, held in Vicar Street, Dublin on Thursday, March 5 and broadcast live on RTÉ 2FM in a special four-hour extended show from 7.00pm to 11.00pm.

A special TV programme of the event highlights will be broadcast on Sunday, March 15 on RTÉ2 at 11.15pm, presented by Eoghan McDermott and Bláthnaid Treacy.

The 15th annual RTÉ Choice Music Prize will once again celebrate the best in Irish recorded music. The Prize has become one of the music-industry highlights of the year since its inception in 2005.

The Irish Album of the Year award is chosen from a shortlist of ten albums by a panel of twelve Irish music media professionals and industry experts. 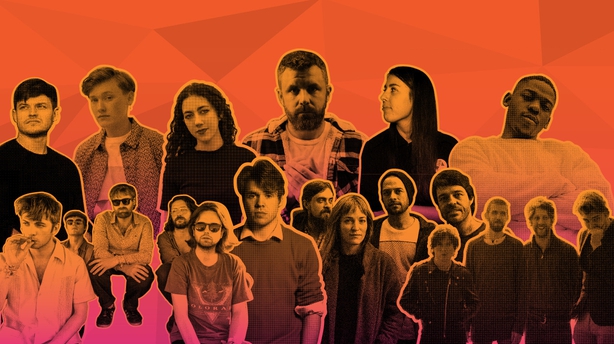 The 10 shortlisted albums are:

Listen to all the nominated albums here.

Seven of the ten acts are confirmed so far to perform at the event on Thursday 5th March 5, with Daithi, Fontaines D.C., Jafaris, Junior Brother, Maija Sofia, Mick Flannery, and Sorcha Richardson all playing live on the night.