Galway-born Eimear Noone will be the first female ever to take charge of the orchestra at the Academy Awards when she conducts excerpts from the five nominated scores.

Taking to social media to share her delight, Noone thanked "visionary producers Stephanie Allain and Lynette Howell Taylor and the incredible Rickey Minor, genius music director," for inviting her to perform at the Dolby Theatre for the Oscars on February 9.

Thanks to visionary producers Stephanie Allain and Lynette Howell Taylor @TheAcademy and the incredible Rickey Minor, genius music director for the Oscars for inviting me to perform at the Oscars 2020! https://t.co/xh3VzoS0z7 pic.twitter.com/TAowbcYHGy

Noone has previously conducted the RTÉ National Symphony Orchestra and was the first woman to conduct at Dublin's National Concert Hall. For four years she conducted the Dublin City Concert Orchestra, an ensemble she founded at the age of 21 for the performance of film music.

She has also conducted many orchestras around the world, including the Philadelphia Orchestra, Dallas Symphony, National Symphony, the Royal Philharmonic of London and the Sydney Symphony in Australia. 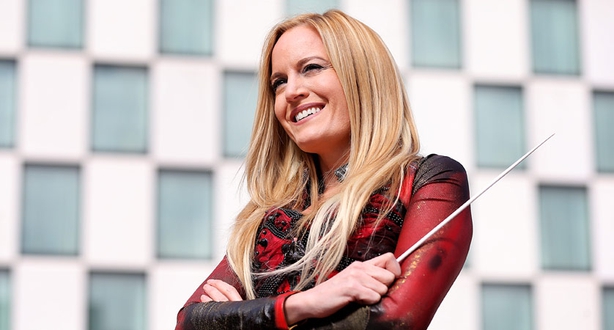 Speaking to Variety magazine, Noone said she will definitely be feeling the nerves ahead of the big event. "I'd be dead inside if I didn’t have any concerns. Luckily for me, I have friends in the orchestra and I have friends on the page in front of me, " she said.

"The background changes, but the little black dots on the page are always home for me. No matter what country I’m in or what concert hall, it doesn’t matter - the score is where my mind and my heart are."

Noone joins Saoirse Ronan in representing Ireland at this year's Oscars. Ronan received her fourth Oscar nomination earlier this month, shortlisted in the Best Actress category for Little Women.