Colin Farrell has said that he cannot deny how Irish he is and has revealed that he took a DNA test that showed he is "approximately 98.7% Irish, and 1.3% central European."

Appearing on Jimmy Kimmel Live, Farrell also said that he was so busy preparing for his role as the Penguin in the new Batman film that he "had no time to eat and could go back to Abrakebabra with his black card."

The last time the Dublin actor was on Kimmel's show, he discussed his gold card for the fast food outlet, but has revealed that he is now the proud possessor of the next one up - the Abrakebabra black card and showed it to the talk show host.

Farrell also said that his "my kids are tired of me being a villain, they are a bit embarrassed by it"

Farrell is on the talk show circuit promoting his film The Gentleman which is now in cinemas worldwide. 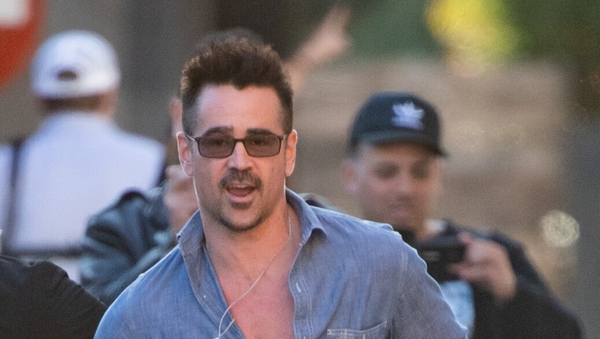